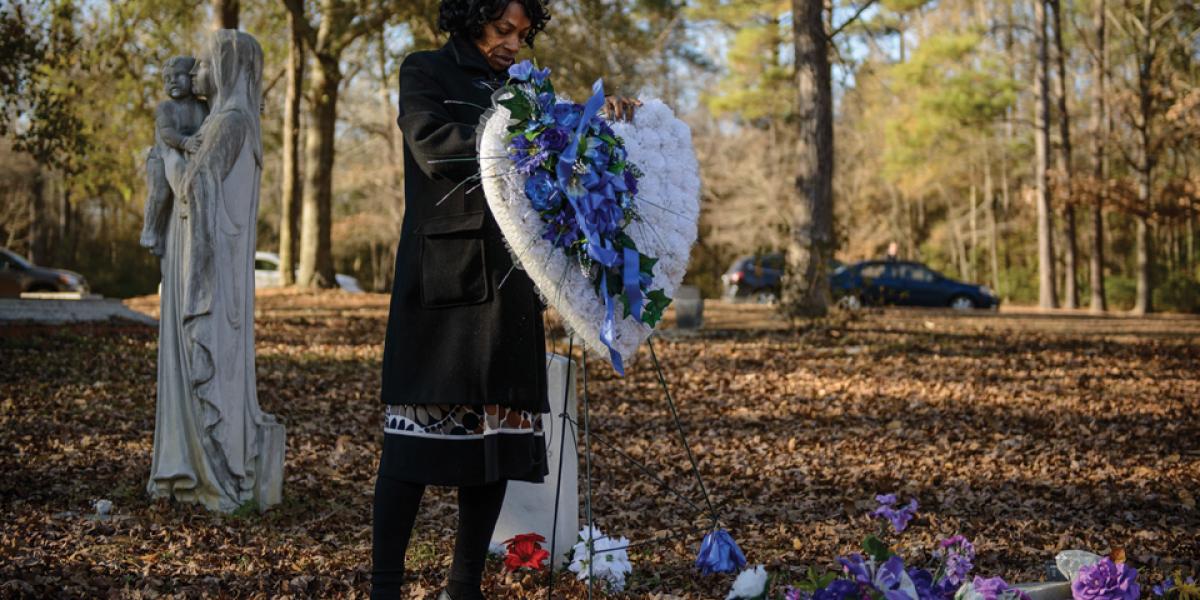 In the small town of Bladenboro, N.C., 17-year-old Lennon Lacy was found hanging from a swing set on Aug. 29, 2014. Despite inconsistencies in the evidence, local officials quickly ruled Lennon’s death a suicide, but his mother, Claudia, believes Lennon was lynched. A few hundred miles from Bladenboro, in Monroe, Ga., a diverse group of residents, including the daughter of a former Ku Klux Klan leader, annually re-enact a 1946 quadruple lynching to make sure that the victims are never forgotten. The re-enactors also believe some of the perpetrators may still be living in the area. Jacqueline Olive’s “Always in Season” — which premiered at Sundance — explores the lingering impact of more than a century of lynching nearly 5,000 African Americans and connects this form of racial terrorism with racial violence today. At the height of their popularity, lynchings attracted tens of thousands of white men, women, and children spectators. Victims were tortured, mutilated, and photographed for hours. Lynching was like the sport of hunting, and black people were “always in season.” “Always in Season” follows Claudia Lacy as she moves from paralyzing grief to leading the fight for justice for her son.

With a post-film discussion co-led by the Rev. Ken McKoy, pastor of the Progressive AME Zion Church; and the Rev. Dinah Tatman, CEO and founder of Greater New Vision Ministries Inc. and alderwoman of Ward 1 in Bellefontaine Neighbors.

In 1948, in Mobile, Ala., a black man named Rayfield Davis was beaten to death by a white man who was not prosecuted. The crime was forgotten until 2012, when the investigation was revived by a Northeastern law student.