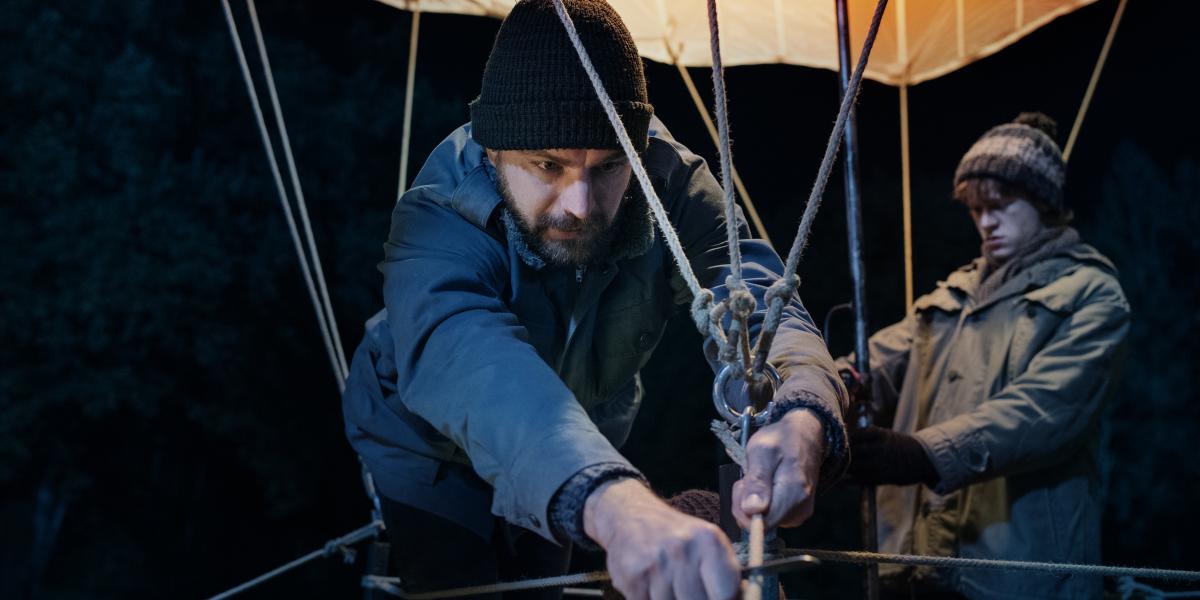 In the summer of 1979, in Thüringen, East Germany, two families put together a crazy plan: Desperate to reach the West, they intend to flee in a homemade hot-air balloon. After sewing and tinkering for weeks, the amateurs make their first attempt, but meters from the West German border, their waterlogged balloon crash-lands because of rain. Although they manage to avoid being caught by the police, the wreckage from their escape attempt is found and triggers a manhunt. Tension rises as the families decide to try again, and a race against time ensues. The authorities, desperate to track down the traitors, become aware that a second attempt is being planned. And the would-be escapees, conscious of the search drawing ever nearer, work frantically to build a more robust, weatherproof balloon without leaving too many clues. The U.K. film site The List calls the film — which is based on an incredible true story — “an engrossing mixture of adventure yarn and methodical police procedural, with moments of pulse-racing tension.”