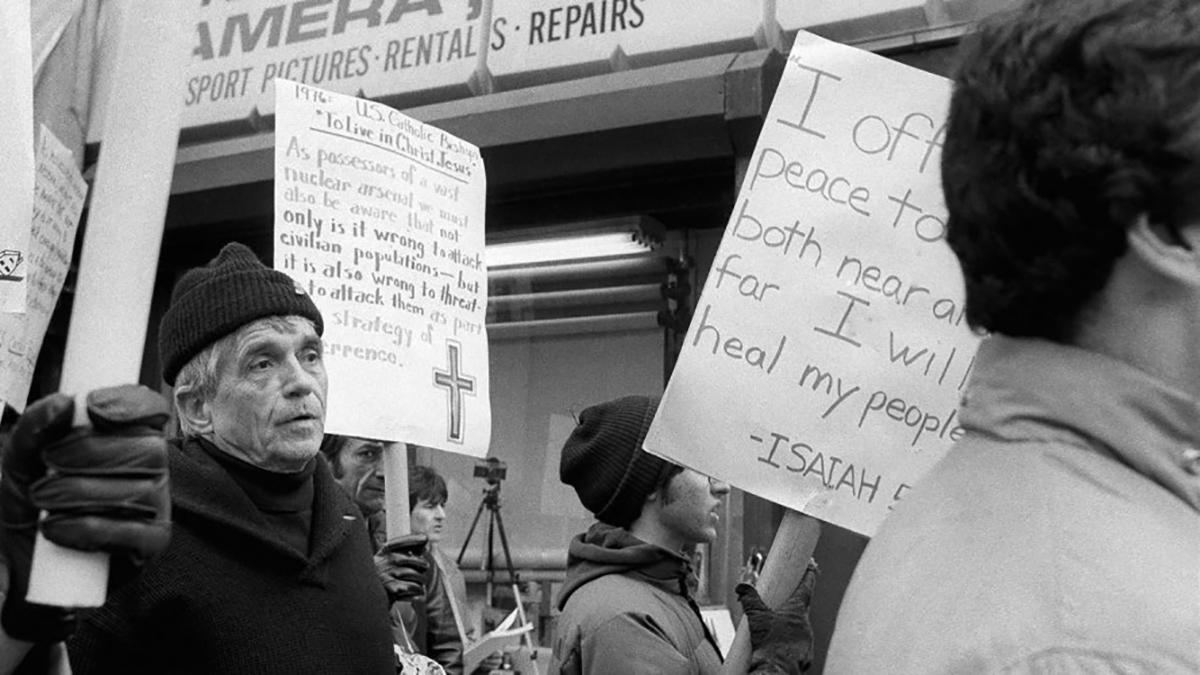 Some 50 years before BLM  and March for Our Lives — before computers, cell phones, and Facebook — priests and brothers Philip and Daniel Berrigan shook up the Washington establishment by engaging in nonviolent resistance against the Vietnam War, earning Daniel a spot on the FBI’s list of Ten Most Wanted Fugitives. Nun Elizabeth McAlister — who married Philip in defiance of the Roman Catholic Church — joined with the brothers in protest against war, racism, capital punishment, and nuclear weapons. The Berrigans are amply represented in archival footage and interviews, but their presence is also keenly felt through Dan’s poetry, performed by Liam Neeson, and Philip’s revealing letters, read by Bill Pullman. The New Haven Independent writes: “This absorbing film contains news footage from the trio’s multiple arrests and trials — including the brothers’ roles as part of the Catonsville Nine, a group of Catholic activists whose actions sparked a movement that helped end the draft — as well as archival interviews with each of the three, Philip and Elizabeth’s children, and numerous peace activists who knew them. All this helps illuminate the trio’s engrossing journey and educate the viewer about their vital work, and its effect on them, their family, and the anti-war movement as a whole. If you did not know the story of the Berrigans before this film, it will soon become one you will be eager to share with others.”