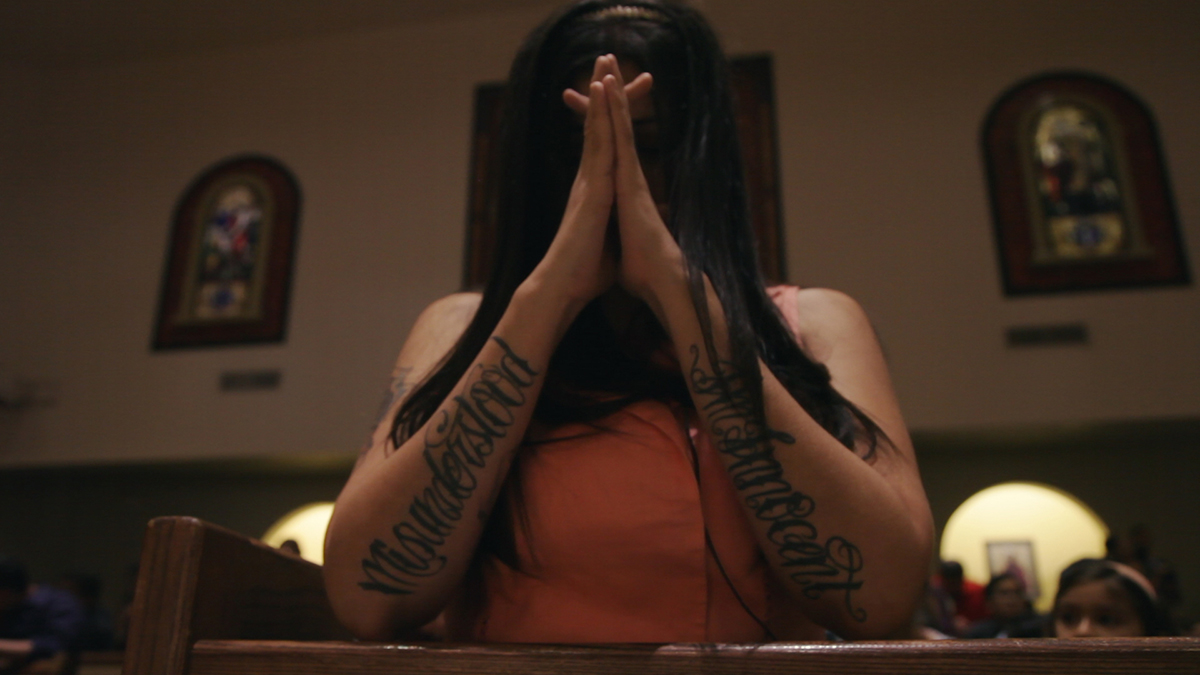 Although set in McAllen, at Texas’ southern tip in the Rio Grande Valley, the film doesn’t deal with immigration but with abortion: Whole Women’s Health in McAllen is the only clinic on the border offering abortions in the state, where the even-shrinking number of clinics are now clustered in its four major cities. Focusing on three Latinx subjects — anti-abortion protester Mercedes, abortion-clinic escort Denisse, and abortion-clinic security guard Rey — the film offers intimate vérité access over several years to its principals, who resist conforming to stereotypes or audience expectations. Mercedes, a heavily tattooed former gang member, was “saved” from an abortion by the woman who heads the competing anti-abortion “crisis pregnancy center” set up next to the clinic, and she becomes heavily invested in her church, which she believes helped rescue her from addiction and gang life. But as her life begins to unravel, Mercedes finds herself questioning the motives and beliefs of the anti-abortion and church communities. Denisse is similarly complex: Although she works to ensure abortion remains accessible, she’s the mother of four children and was unable to make the decision to abort her last pregnancy, even though she recognized that it would be the best choice for her own and her family’s future. Finally, Rey’s story is especially compelling: Assigned by his employer to guard the clinic, he was initially hesitant about the posting but comes to believe strongly in the clinic’s necessity. He ultimately pays a high price for his stalwart commitment.