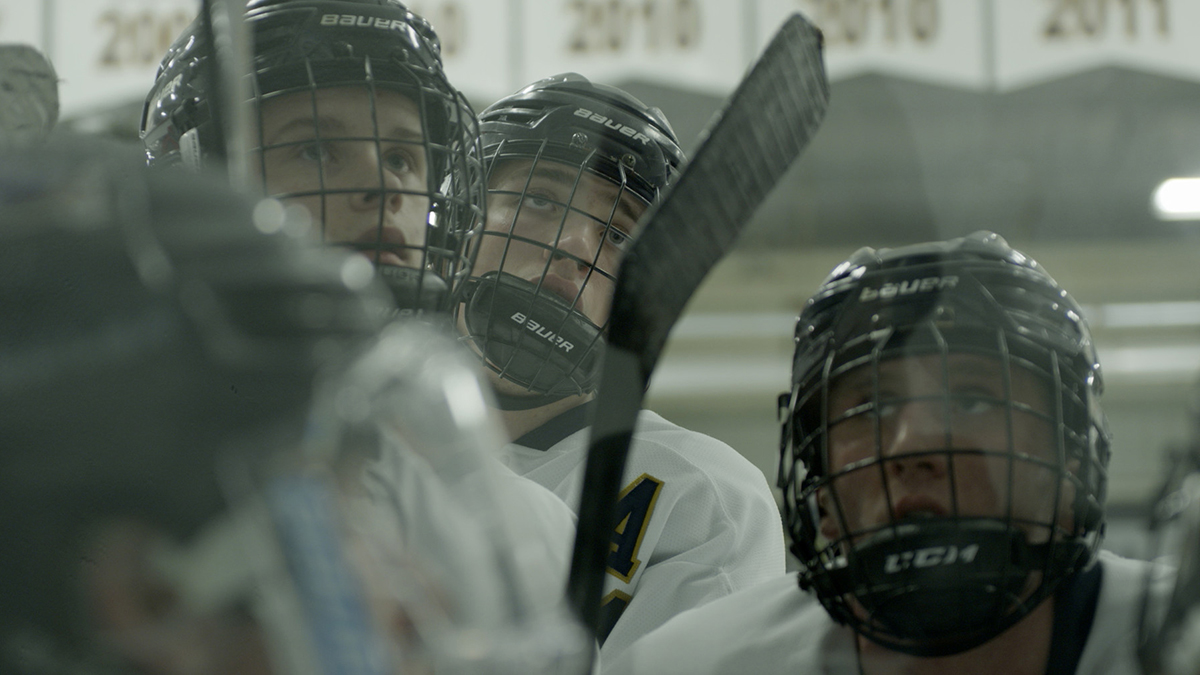 In Minnesota’s unforgiving North Country, a tradition of grit has been forged in the mines and on the ice. But, to quote a famous Minnesotan, the times they are a-changin’. Pressed between yesterday’s definition and new notions of masculinity, senior boys in rival communities — one an emerging dynasty, one with a fabled past — skate for a last chance to etch their names into local lore. In America’s far reaches, “Hockeyland” offers a portrait of young men in transition. Eschewing voyeurism, filmmaker Tommy Haines — who grew up in the Iron Range — brings a patient observational approach to his subjects and a subtle cinematic eye to his images. Beauty and violence collide: Not just in the carefully choreographed filming of ice hockey, but in the relationships between young men, and in the relationship between “Iron Rangers” and the land. Following one long winter, the film captures the natural drama of the collective obsession with the high-school hockey season, but the heart comes from unwrapping closely guarded personal stories about shame, pain, life, loss, and the audacity to dream big. “Hockeyland” captures place and people with empathy, honesty, and a critical eye, re-examining cursory notions of “blue-collar America.” Haines’ debut feature, “Pond Hockey” (2008), has been cited as “the best hockey movie ever” by ESPN. His “Saving Brinton” screened at SLIFF in 2017.