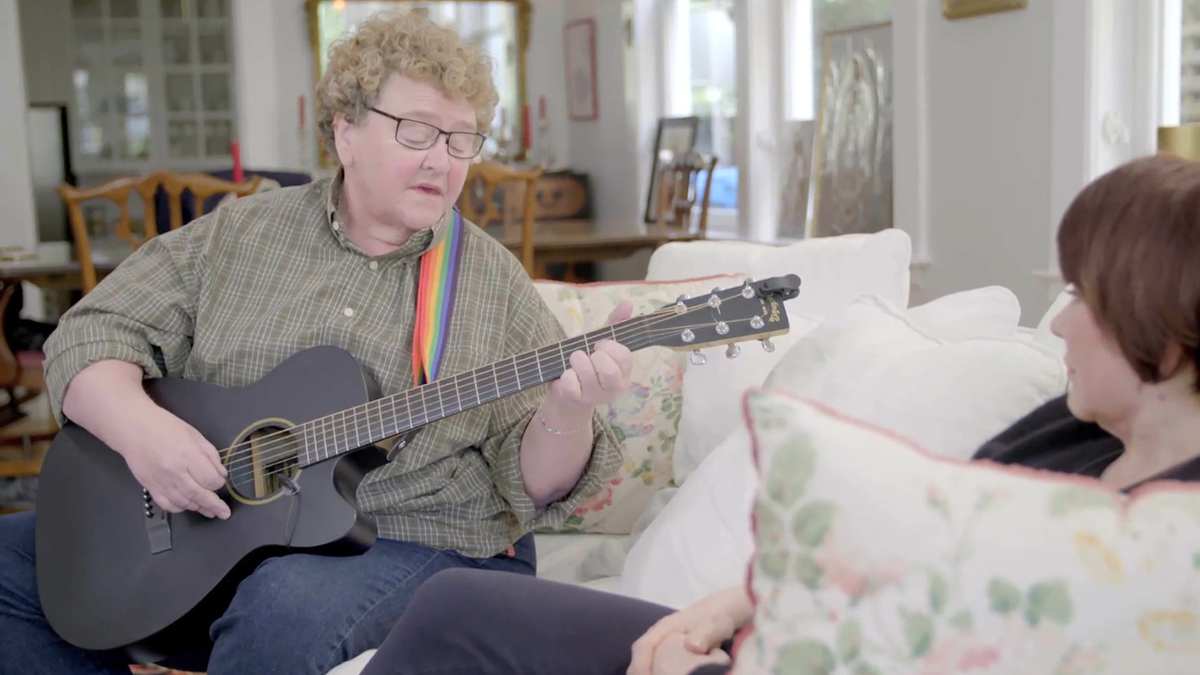 Growing up gay in the South is hard enough, but to be an openly gay woman in country music is nearly impossible. This revealing and consistently entertaining examination of lesbians in country music places a strong focus on songwriting, which was the one area in which the women could contribute consistently, given that performing was largely off limits because of the hidebound, conservative nature of the country-radio and recording-industry decision-makers and audience members. The film rotates its spotlight among about a dozen singer/songwriters of varying renown  — Mary Gauthier, Ruthie Foster, Cheryl Wheeler, Pam Rose, Mary Ann Kennedy, Dianne Davidson, Bonnie Baker, Kye Fleming, Jess Leary — offering compelling portraits of their often fraught lives and industry trials, culminating in the story of Chely Wright, the first major country star to come out. The film supplements their personal stories with the perspectives of sympathetic industry insiders and several major stars who have worked with some of the featured women (Linda Ronstadt, Emmylou Harris, Pam Tillis, Rodney Crowell). The film features a plenitude of excellent performances throughout, including a particularly enchanting trio performance of “Driving Home” by Wheeler, Rose, and Kennedy around a dinner table. RogerEbert.com writes: "Among the lovely songs we get to hear in full during the second half of Parsell’s film, none are quite as indelible as the one Davidson performs with Ronstadt at the retired Grammy-winner’s home. When Davidson delivers her splendid rendition of 'Sixty-Minute Man,' Ronstadt spontaneously joins her for a duet, proving she can still harmonize, albeit at a lower volume. Rather than resign herself to a life in the shadows, Davidson is the proud mother of an adopted son from Kazakhstan and has decided to record a new album so that she can sing for those who, like Ronstadt, no longer can. 'Invisible' is full of bittersweet stories like these, and it ranks alongside Morgan Neville’s '20 Feet from Stardom' as well as Barbara Kopple and Cecilia Peck’s 'Shut Up & Sing' in its insightful tribute to unsung artistry and rousing courage."