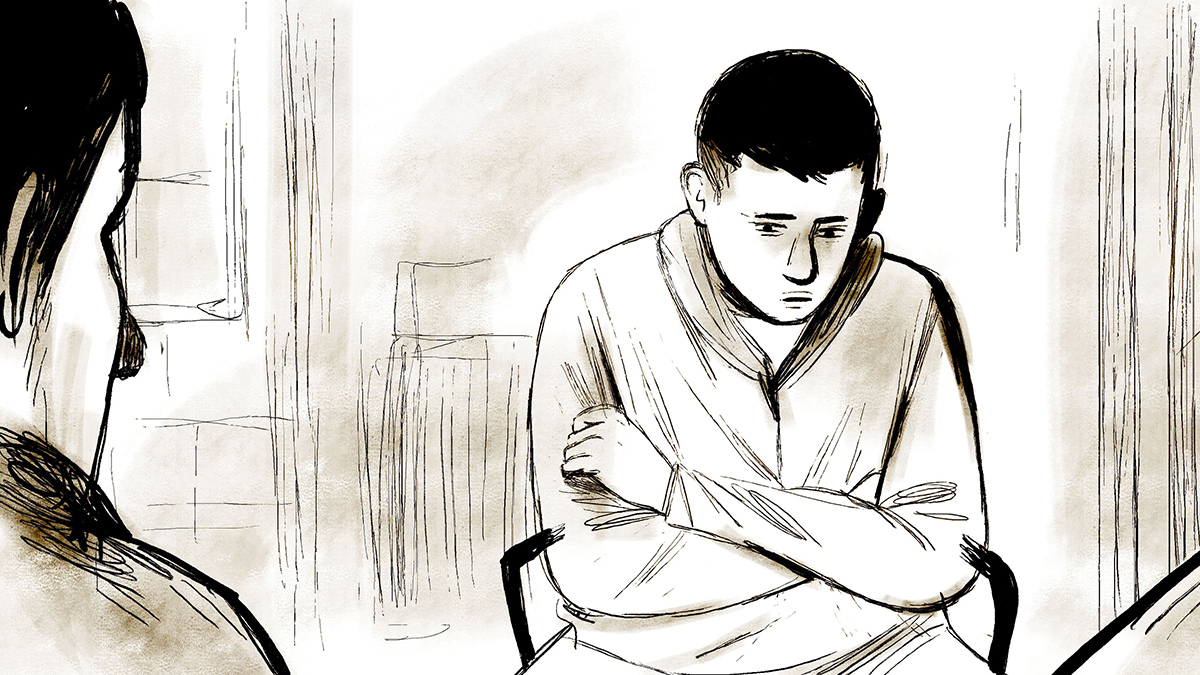 A Once and Future Peace

A hybrid of animation and live action, “A Once and Future Peace” provides an engrossing exploration of Peacemaking Circles — a humane and effective alternative to traditional criminal-justice punishment (i.e., prison) in which juvenile offenders are required to engage in directed dialogue with family members and friends over an extended period. With roots in ancient practices in many cultures, this so-called restorative-justice approach is being used in a handful of U.S. cities (including the pilot program in Seattle featured here). Far less expensive than incarcerating offenders, the circles obviously aren’t 100 percent successful, but they’ve proven far more likely to bring young people back to a lawful, productive path than imprisonment. The film follows the case of Andy, a Latinx teen whose distraught family works to lure him away from gang life with the help of circle facilitator Saroeum Phoung, a Cambodian refugee who himself was a hardened gang member in his youth. These sequences are expressively animated — to protect Andy’s identity — and alternate with live-action vérité footage and interviews that trace Saroeum’s own life and the evolution of the circles in the U.S., where formerly skeptical judges and prosecutors come to recognize the value of the method.