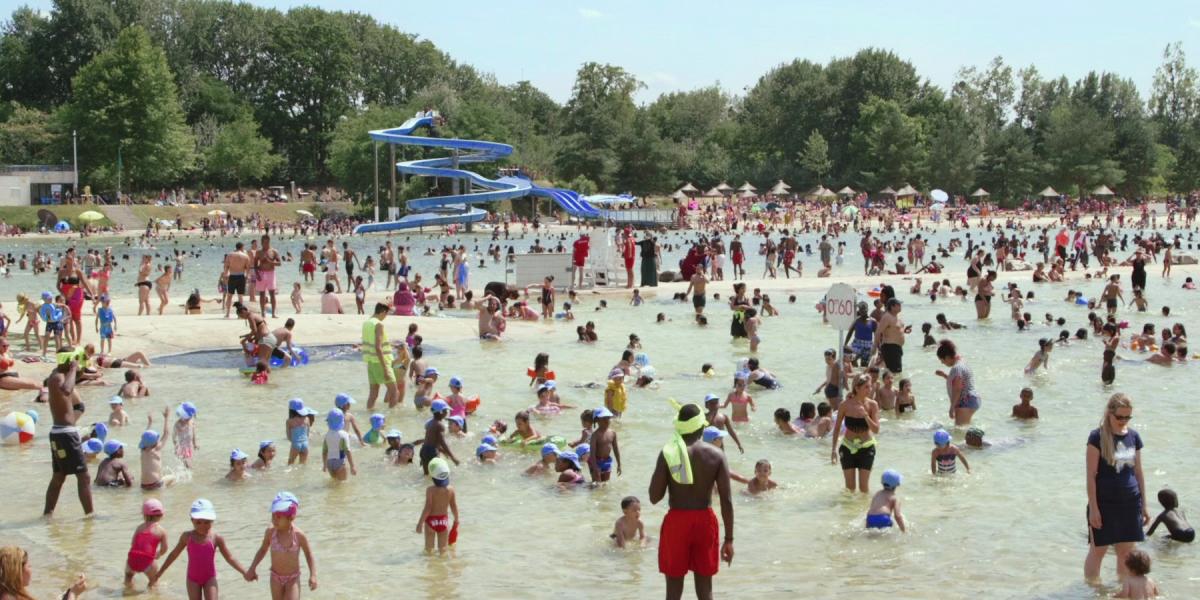 The delightful “Treasure Island” follows the patrons and staff members of a water park in the Paris suburbs over the course of a summer season. Serving as a land of adventure and transgression for some and a place of refuge and escape for others, the sprawling recreation center features not only a vast swimming pool but also more natural beaches and water settings. The park serves as an affordable leisure option to a diverse array of French citizens and immigrants who can’t afford a more exotic vacation. Among those featured in the film are a charming, attentive older brother who entertains his younger sibling; a group of cash-poor youngsters attempting to circumvent the fees charged to enter the park; teen employees who spend as much time courting attractive young women customers as attending to duties; families picnicking and cavorting in the complex’s less crowded spaces; an immigrant guard who patrols the park in the nighttime hours; and bunkered supervisors who gauge the weather forecast and address logistics. Poking into the park’s hidden nooks and crannies, “Treasure Island” offers an entertaining view of an enchanted childhood kingdom.