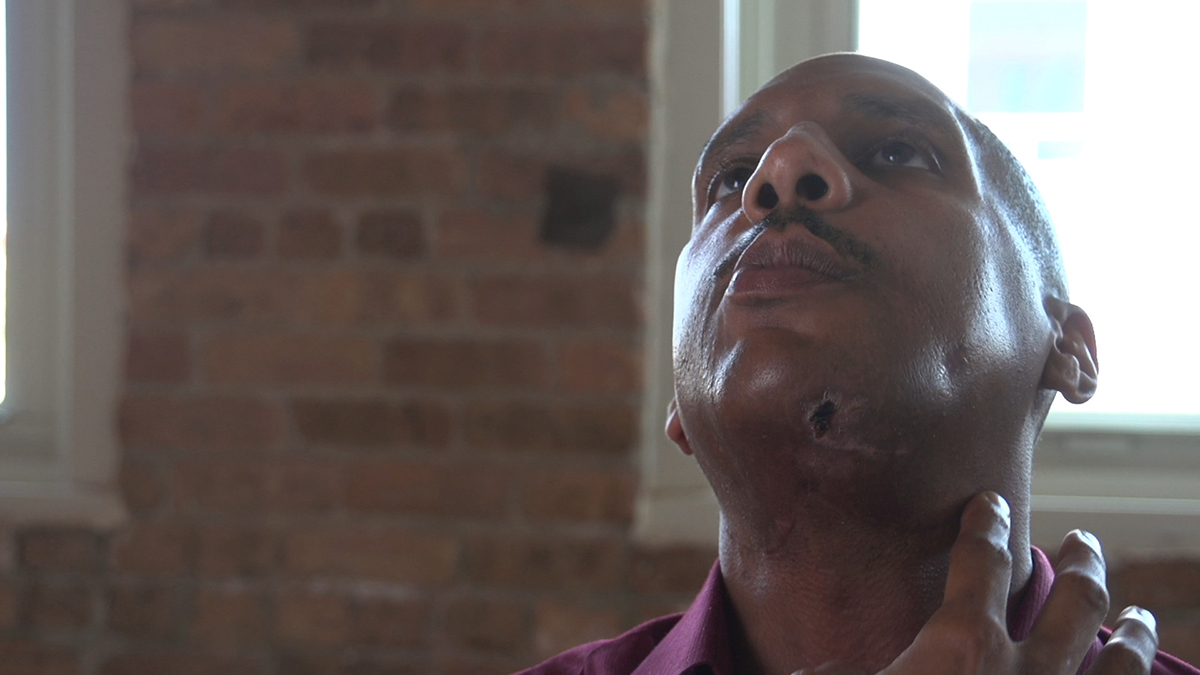 When Claude Got Shot

“When Claude Got Shot” follows the multi-year struggles of Claude Motley, a non-traditional-age Black law student (whose wife was already an attorney), after he’s shot while visiting his hometown of Milwaukee for a high-school reunion. The victim of a carjacking, Claude was shot in the face by 15-year-old Nathan King after he dropped off a friend at his house; he miraculously survived but then faced a seemingly endless series of operations to repair the damage the bullet caused. Nathan continued the crime spree with his accomplices and was himself shot when a subsequent Black robbery victim, Victoria Davison, who had a concealed-carry license, was able to pull a gun from her purse after being pushed to the ground. Like Claude, the teen survived, but he was paralyzed from the waist down. Claude wants justice and presses for Nathan’s conviction, but he also is painfully aware of the effects of American society’s mass incarceration of young Black men, which seriously complicates his feelings toward the teen who shot him. The film largely focuses on Claude, whose life is derailed in the shooting’s aftermath: Outsized medical bills endlessly accumulate, threatening his family’s middle-class life, and although he manages to complete law school despite his many surgeries, he twice fails the bar exam, upending his plans for a legal career. But if Claude remains the center of the doc, filmmaker Brad Lichtenstein deftly interweaves the stories of the other two principals in this drama — Nathan and Victoria — providing a complexly nuanced perspective on gun violence, Black-on-Black crime, and the criminal-justice system.