Long before his latest film, The Hunt, director Craig Zobel was already stirring political pots. His third feature, 2012’s Compliance, ruffled some feathers in depicting a real-life incident in which a fast-food manager (Ann Dowd, in the breakout role that shaped the “banality of evil” typecasting to which she’s adhered since) was coerced into sexually assaulting one of her employees by a malicious phone prankster. Although its big ideas about power, manipulation, and gender may be better suited for something more contextually rich, Compliance is still a tightly constructed and nauseating jaw-dropper that showed remarkable promise from the writer-director.

Zobel’s 2015 follow-up, the post-apocalyptic drama Z for Zachariah, only managed to garner a modicum of the attention granted to his previous film, so it would follow that a director with such a trajectory might look for big-screen work that promises to turn more heads. (In between, he’s directed episodes of The Leftovers, Westworld, and other prestige small-screen dramas.) In comes The Hunt, produced by masters of small-budget horror, Blumhouse, the company behind the great The Invisible Man and others, too.

In August 2019, as trailers and press begin to trickle out about the self-proclaimed satire, The Hunt’s logline of leftist elites playing the most dangerous game with Trump’s deplorables quickly drew the ire of Fox News and Donald Trump himself, who tweeted that the film – sight unseen – was dangerously incendiary. The right was incensed that Hollywood was supposedly fleshing out its murderous fantasies on the big screen, and the left was upset about government pressure to quash pop culture. Mass shootings in Texas and Ohio – along with the press hubbub – prompted Blumhouse’s parent company and distributor, Universal Pictures, to pull the plug on The Hunt’s release for the foreseeable future.

A few months later, Zobel’s film was rescheduled for wide release, now with a new (and repellent) “the most-talked-about movie of 2019 that you couldn’t see” marketing campaign. News cycles are now only seemingly minutes long, so one has to wonder how many potential viewers can even recall the controversy. As it turns out, Zobel’s film is just as forgettable as the tempest-in-a-teapot it initiated: an excruciatingly unfunny Saturday Night Live skit stretched to its breaking point over a thankfully brief 89 minutes. In the film’s feeble conception, regurgitated sociopolitical rhetoric that’s been commonplace since the 2016 election is a stand-in for satire, and inelegantly staged scenes of ultra-violence substitute for horror. To wit, among the many examples of both is an early image of a woman – just the top half of her, viscera spread out below – calling a man who won’t end her misery a “snowflake” before grabbing a gun and doing it herself. The Hunt is wall to wall with this sort of soft, low-hanging fruit that wants to pass itself off as hard-edged political “comedy.”

Any wit, insight, or, at the very least, inventiveness could have acted as a preservative while The Hunt sat on the shelf for six months, growing moldier and less relevant. It’s of no help that co-writers Nick Cuse, son of Lost co-creator Carlton, and Damon Lindeloff, the other half of the Lost brain trust, were already bested last year by Ready or Not – another, richer Battle Royale (2000) between American classes. Matt Bettinelli-Olpin and Tyler Gillettt’s wedding-party-run-amok thriller took aim at similar sociopolitical and economic divides – albeit within the same family – while also featuring credibly sketched human beings.

That’s not one of the central purposes of The Hunt, and from the outset, when 12 “redneck” middle Americans are plopped down in the woods, ball-gagged, and presented with an arsenal of guns to defend themselves against their liberal elite hunters – a manifestation of the “Manor-gate” conspiracy theory of which they’re all aware – the concern is more about achieving a level of dystopian cleverness.

After potential protagonists (B-listers Ike Barinholtz and Emma Roberts among them) are quickly dispensed with – a near-Buñuelian gag that does work – in its first act, the film’s true center emerges. Crystal, as portrayed by Betty Gilpin of G.L.O.W. and American Gods, is a quick-witted killing-machine ex-soldier with a simmering reserve and (at least on the surface) apolitical remove that give her an advantage against anyone who might stand between her and survival. Gilpin’s star turn is the most obvious reason – more important issues of censorship aside – for Zobel’s film to re-emerge from its politically motivated shelving. Alongside her stoic, anticipatory physicality, Gilpin’s tight-lipped and mannered delivery elevates the dialogue from obvious to funny – not because the words are inherently witty, but because she lends them recognizable humanity.

There are late-in-the-game Black Mirror-like twists that shoot for profound statements about How We Live Now, but they’re as equally leaden as that show’s reaches for the same have been as of late. Hillary Swank, in full Brian De Palma’s Black Dahlia (2006) scenery-chewing mode, emerges as the game’s mastermind, and the reveals in these later scenes level the playing field in the meta-game where the viewer tries to contextualize the film’s politics: It turns out it has none. Zobel, Cuse, and Lindelhoff’s work is neither the liberal-baiting wish fulfillment the right would have had it be nor the red-state-rallying revenge spree it leans into in its second half. Instead, the film lobs its moral straight down the middle, with a unifying message about misinformation. Unfortunately, the Culture Wars news story about The Hunt develops this theme better than the story told by The Hunt itself. 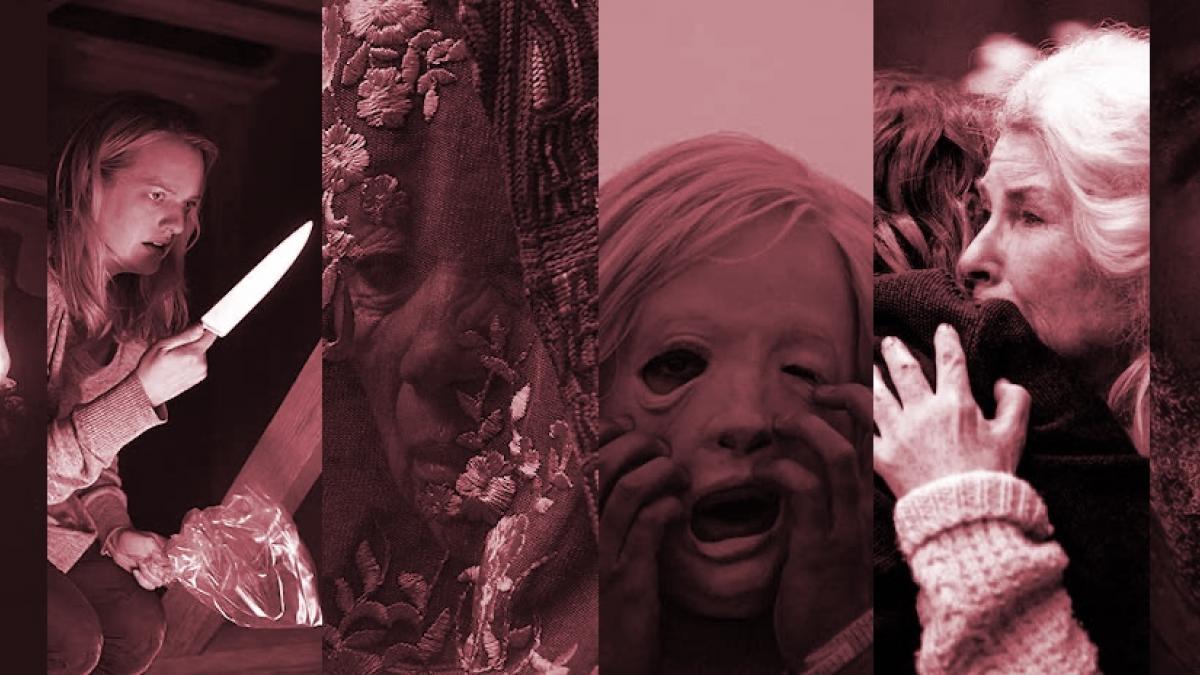