Austyn Tester radiates positivity. The 16-year-old’s earnest optimism and unwavering confidence helped him secure more than 20,000 followers on the popular live-streaming website YouNow. Jawline, director Liza Mandelup’s first documentary feature, pulls back the curtain to reveal the truth about Tester’s life (and the lives of other social-media influencers just like him): It’s an incredibly bleak way to try and make a living. Behind Tester’s smiling face, hidden underneath his messages of self-love and motivation, there’s a cataclysmic amount of sadness. His plethora of online fans — the majority of whom are tween girls — would be devastated if they knew just how unsure and inadequate he feels offline. Tester aspires to be as successful as those in the upper echelons of the digital world. Little does he know, the young men he idolizes are managed by someone who is just as lonely as he is.

Jawline opens with Austyn standing against a brick wall in Kingsport, Tenn. A friend snaps pictures of him as he poses for the camera. None of the photos fit his high standards, so the two walk on to the next location. While others are out competing in sports, doing homework, or playing video games, Austyn is trying to build a brand. After school lets out, any free time he has is dedicated entirely to boosting numbers, getting likes, and earning clicks. Once the webcam starts rolling, Tester waxes poetic at a desk in a corner of the shabby home that he shares with his mom and brother, spending hours live-streaming while they work to stay afloat. He clearly takes it seriously — there’s an entire room devoted to making these videos, the walls lined with pictures and posters sent by fans from around the country. Still, it’s hard for him to carry on with this day-to-day when the fruits of his labor are trickling in much slower than those of his heroes, a group of similarly aged influencers dubbed 99GoonSquad.

Based in Los Angeles, these teenage boys live under the supervision of their manager — a man not much older than them named Michael Weist. Austyn idolizes the lifestyle portrayed in their videos and often lifts their generic positive sentiments directly for his own personal streams —  pouting off lines like “You all look so beautiful today, don’t let anybody tell you different” and “Never give up on your dreams, no matter what happens in life” — in hopes of being just like them someday. Mandelup cuts back and forth between Tester’s struggles to climb the ladder of success and Weist’s overzealous leadership style to great effect. The latter’s madhouse of rowdy young “stars” is the ultimate goal for the former, so he leaps at the very first contract that comes his way. Watching Tester attempt to parse through the legal jargon of a contract while expressing reservations about getting bamboozled is gutting — the simple fact that he’s not a household name suggests exactly what his fate will be in the end.

Mandelup refuses to judge her subjects. Her film is purely observational, the camera existing as nothing more than a fly on the wall — there’s no need for commentary or condemnation when the actions of Austyn and Michael speak for themselves. Tester’s story is what the American Dream has evolved into for Generation Z. With YouTube taking precedence over television and film (especially for those born after 2000), becoming Internet Famous is everything. Forget movie stars, forget boy bands, forget reality TV — the most beloved figures to a majority of the nation’s youth are vloggers and live-streamers. The sheer amount of access that Mandelup was given by both of her main subjects is revelatory. By filming Austyn and Michael at their most vulnerable, their most insecure, and their most uncertain, she has uncovered what is ironically the digital age’s most sought-after route to success. Fandom and followers go hand-in-hand with soul-crushing solitude and desperation, with Tester and Weist serving as bookends on either end of a very narrow career spectrum. Viral fame is 2019’s teenage dream, and it’s never been grasped quite like this before.

At a certain point, Jawline becomes so bizarre that it’s almost alienating — it’s sometimes hard to grasp the sheer absurdity of what’s transpiring onscreen, especially if one is unfamiliar with the social-media realm. With both Austyn and Michael’s futures looking vague, Mandelup resorts to some questionable flourishes to fill the time between their respective storylines. It’s easy to discern what she’s going for with these fictionalized elements, but they’re ultimately a distraction from the far more fascinating footage she’s gathered. If Mandelup needed filler to pad her documentary, perhaps it would have been worthwhile to spend some time including some more context for those who might be unfamiliar with Musical.ly (now known as TikTok), YouNow, PomsCon, DigiTour, and VidCon — all of which are integral to the pair’s narratives.

For what it’s worth, Austyn comes across as much more genuine in comparison to Michael and his gaggle of teen tastemakers. While Tester and his friends swim in a river, Weist and his clientele drop thousands of dollars shopping on Rodeo Drive in Los Angeles. Austyn holds a meet-and-greet in the food court of a dying mall for a handful of girls, while the 99GoonSquad sells out convention centers filled with thousands of sobbing pre-teens having full-on panic attacks at the sight of them. This lifestyle is considered the preeminent achievement for a small-town boy with West Coast dreams, but it’s nothing more than a cash cow for talent managers like Michael. He compares his job to the California gold rush of the 1800s, showing no regard for the well-being of his human commodities once they’re no longer “hot.” Tester wants to leave home more than anything else, but Jawline proves that the surreality of being a Z-list Internet celebrity is in no way superior to humble life in the real world (no matter how mundane one’s day-to-day is). One is real and permanent. The other isn’t — it’s always fleeting, always changing, always searching for your replacement. 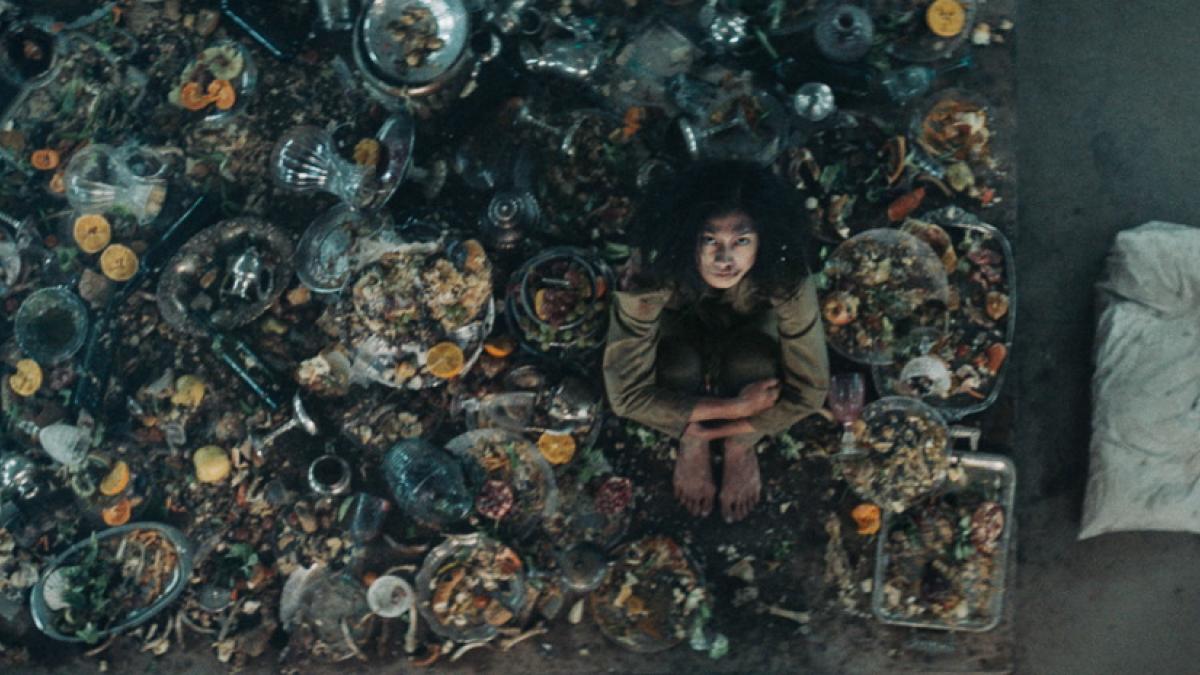