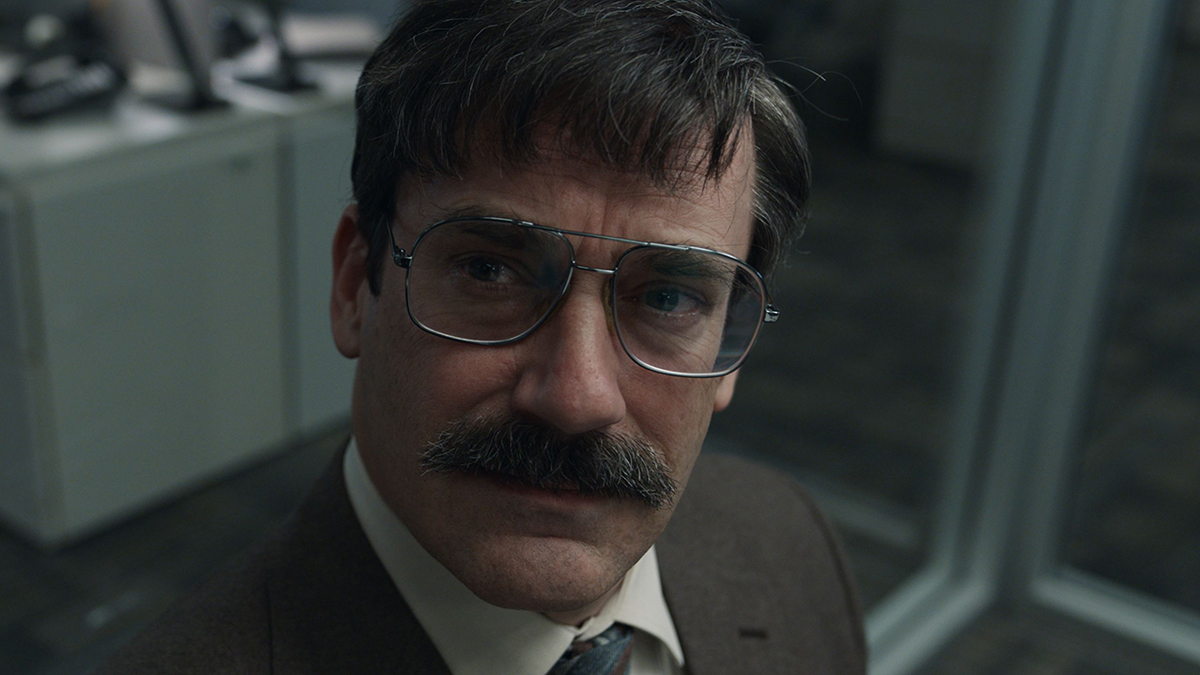 A man begins a new job in a towering, nondescript concrete office building in the dead of winter. St. Louis native Jon Hamm is captivating as the mustachioed Orson, a rigid office worker so secure in his worldview that he makes everyone around him question their own. Academy Award-winning filmmaker Joachim Back creates a puzzling, intriguing, and stylized office satire that keeps you riveted and questioning until the very end. The film is mostly narrated by Orson with monologues dripping with disdain for his colleagues and their “inferior” work ethic, particularly the man with whom he shares an opposing desk. When he discovers a large, well-appointed, but unused executive office suite down the hall, his ego makes the leap of faith that his destiny is to assume a much larger leadership role with his co-workers and boss. The trouble is that nobody else can find or see the office, which obviously is down the hall near the men’s room. Hamm is pitch-perfect, fantastically droll, and highly captivating from the opening shot to the climactic, jaw-dropping final act.