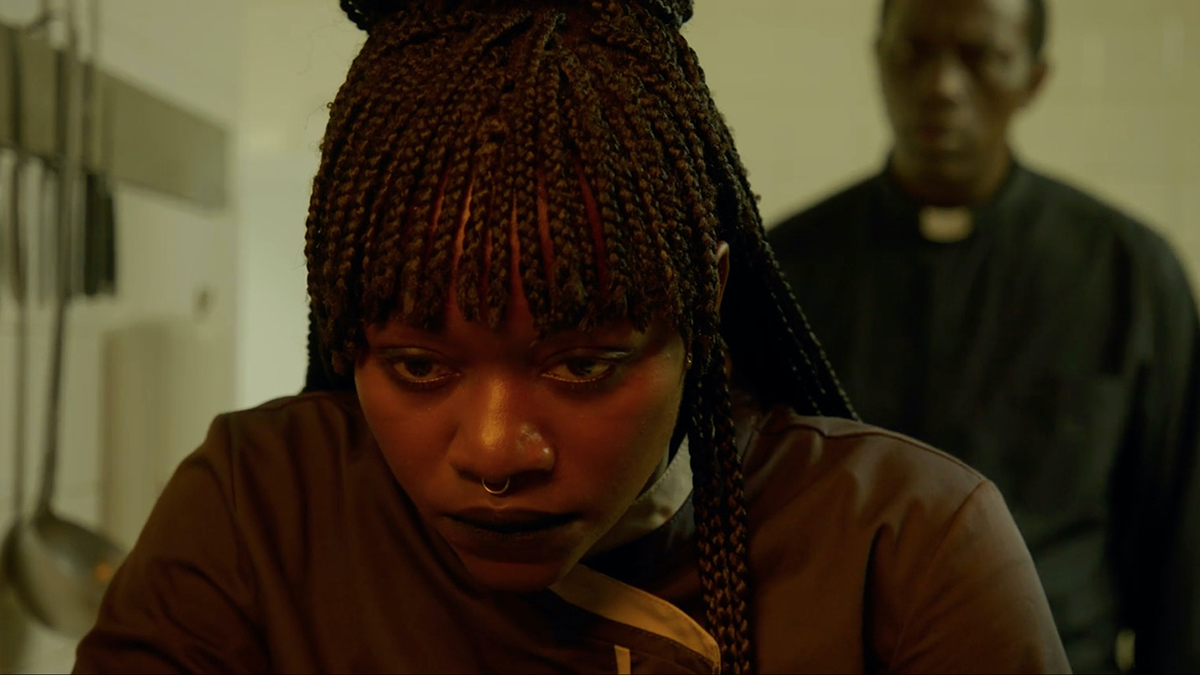 Our Father, the Devil

An African immigrant's quiet existence in a small mountain town in the south of France is upended by the arrival of an African priest, whom she recognizes from her past. Marie works as the kitchen manager of a retirement home. Flashbacks to her past violent life are common and she is still living with a great deal of trauma. When she crosses paths with a new Catholic priest at the home, she recognizes from a terrifying episode in her homeland. Overwhelmed by past traumas, Marie seeks a cruel revenge against him with many twists and turns. Director Ellie Foumbi succeeds in shining a light on an aspect of war that's seldom discussed: the impact of war on children. The effect is further complicated when they themselves become the perpetrators of violence and must process the atrocities they both witnessed and committed. The film won the Audience Award for Best Narrative Feature at the 2022 Tribeca Film Festival.