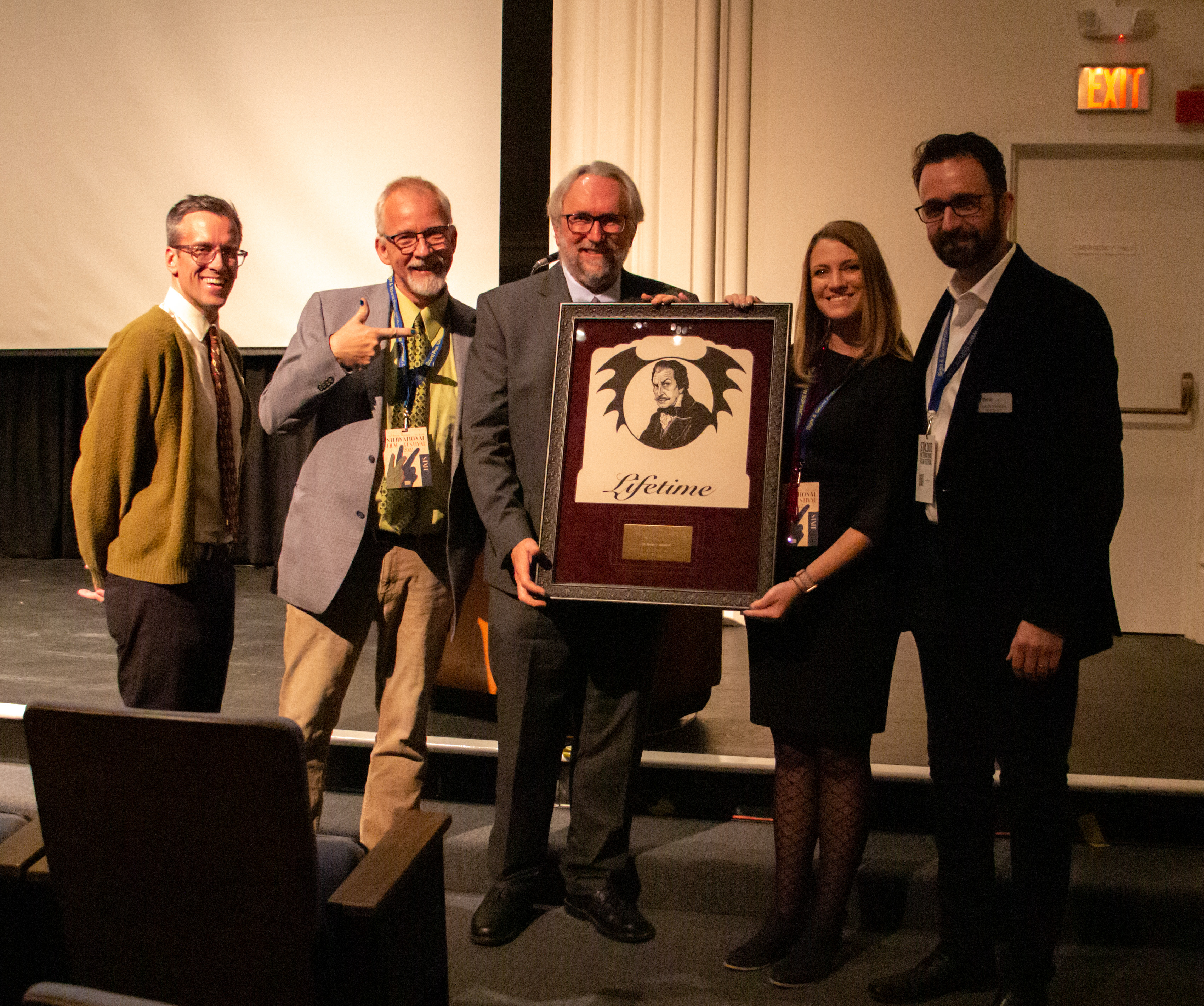 Cliff Froehlich retired as executive director of Cinema St. Louis in June 2022. He oversaw a total of 19 film festivals while serving two stints as ED, from April 2001-March 2003 and from January 2006 until his retirement. In between his years at CSL, Froehlich worked as arts-and-entertainment editor of the St. Louis Post-Dispatch.

Before joining Cinema St. Louis, Froehlich filled a variety of editorial roles (including executive editor) at The Riverfront Times, St. Louis’ alternative newsweekly, starting in May 1983 as a freelance film reviewer and moving to full-time editor status in August 1987. During four of his 18 years at the RFT, he simultaneously worked as managing editor of St. Louis Magazine, helping relaunch the publication. He continues to write on occasion for Washington U.’s The Common Reader and has freelanced for the RFT, St. Louis Post-Dispatch, St. Louis Magazine, St. Louis Jewish Light, and St. Louis Public Radio. Since 1984, Froehlich has served as an adjunct faculty member at Webster University, teaching courses in film history and criticism. For more than 20 years, he was associated with the Metro East Humane Society of Edwardsville, Ill., a nonprofit he helped found, serving as both board member and president. Froehlich recently rejoined the MEHS board. He holds an M.A. in journalism from the University of Missouri-Columbia and an honors B.A. in political science from St. Louis University.

Audience voting determines the winner of three awards from among the films in competition:

Since its inception, NFF was co-curated by Bobbie Lautenschlager. Bobbie died in the summer of 2012, and SLIFF honors her memory by nicknaming the NFF Emerging Director Award as the Bobbie.

Two juries choose the winners of the following seven awards from among the shorts in competition:

The SLIFF shorts competition is officially sanctioned by the Academy of Motion Pictures Arts and Sciences, making the winners in the Best of Fest, Best Animated, Best Live Action, and Best Documentary categories eligible to submit for Oscar® consideration.

The documentary-shorts jury is Ben Scholle, documentary filmmaker and Senior Professor of Cinema Arts at Lindenwood University; Leigh Kolb, assistant professor of English and journalism and freelance writer for outlets such as Vulture and Women and Hollywood; Darian Wigfall, founder of St. Louis art and music imprint FarFetched.

Sponsored by The Albrecht Family

This juried competition awards a $5,000 prize to a feature documentary that focuses on people working to make the world a better place and that inspires audience members and leaves them with a sense of hope for the future.

The 2022 Spotlight on Inspiration Documentary Award: “Of Medicine and Miracles,” directed by Ross Kauffman

In conjunction with the St. Louis Film Critics organization, SLIFF holds juried competitions for documentary and narrative features. The awards are named in honor of the late St. Louis Post-Dispatch critics Joe Pollack (narrative) and Joe Williams (documentary). The winners are picked by two juries of St. Louis film critics. SLIFF chose eight films to compete in each category: