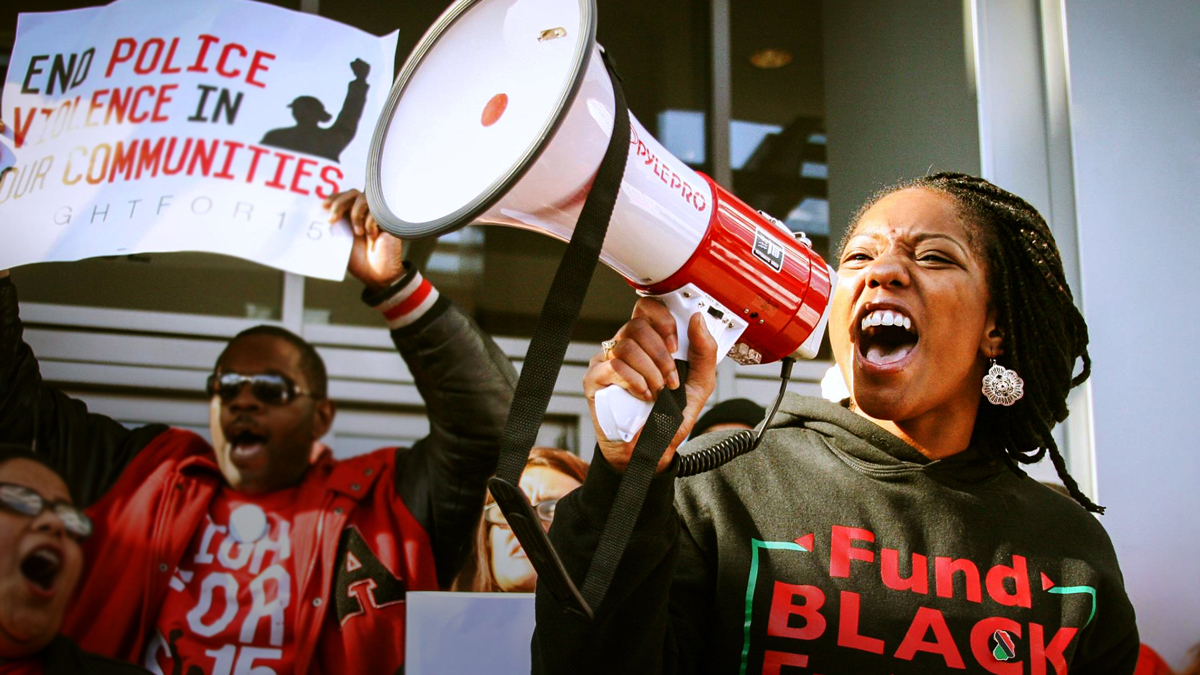 “Unapologetic” vividly captures a community of millennial organizers confronting an administration complicit in state violence against its Black residents. Featuring a pair of Black, queer women activists — Ph.D. candidate Janaé Bonsu and rapper Ambrell “Bella Bahhs” Gambrell — and focusing on the Black Lives Matter protests in Chicago sparked by the police murders of Laquan McDonald and Rekia Boyd, the film chronicles the events that eventually helped change the city’s power structure, culminating in the 2018 election of Mayor Lori Lightfoot. As the film’s name implies, its protagonists are proudly unapologetic about the confrontational nature of BLM protests and their own uncompromising behavior and attitude. The film deftly entwines the personal stories of its two primary subjects, delving into their histories and following them in vérité style as they pursue their careers, and the political struggles in which they engage. The Broad Street Review writes: “The film does an excellent job of demystifying the lives and work of activists, who are ordinary people balancing their regular responsibilities with the weight of their sense of moral duty to justice and humanity. ‘Unapologetic’ reiterates the imperative of not looking away, and continuing to support and uplift the work of those who stay in the streets long after the headlines and hashtags fade.”

Q&A with director Ashley O’Shay, moderated by Tila Neguse, project coordinator of The Divided City Initiative at the Center for the Humanities at Washington University.