You Might Be the Killer begins in media res: Covered in blood and fleeing a knife-wielding masked maniac, nebbishy summer-camp manager Sam (Fran Kranz) rings his friend Chuck (Alyson Hannigan) on his smartphone. She – being a horror-film geek – gamely attempts to help extricate Sam from his trope-laden slasher-flick situation, but by the film’s 15-minute mark, she’s already sheepishly suggested the titular hypothetical. Director Brett Simmons unleashes the film’s pre-spoiled twist so early, the viewer naturally expects another shoe to drop. Sadly, the feature doesn’t have much up its sleeve other than low-budget gore, pointless structural zig-zagging, and trite, overwritten cleverness. Franz channels a bug-eyed Bruce Campbell in Sam’s struggle against the story’s ancient evil, but the sneaky stoner pathos he brought to The Cabin in the Woods (2011) was a better fit for the actor. The comparison evoked by his presence is unfortunate: Killer is an amusing but disposable feature-length joke, rather than a brilliant meta-textual mind-screw.  Rating: C [Now available to stream on Shudder and to rent or purchase from Amazon, Google Play, iTunes, and other platforms.]

Spanish filmmaker Nacho Vigalondo (Timecrimes; Colossal) is known for stories in which identities (and sometimes entire people) fragment and metamorphose, Jekyll-and-Hyde-style. That theme is perhaps most explicit in Pooka!, the director’s entry in Hulu’s anthology of original horror films, Into the Dark. Struggling actor Wilson (Nyasha Hetendi) reluctantly accepts a gig capering around in a furry costume as Pooka, the year’s hottest Christmas toy. Before long, the Pooka persona – an off-putting hobgoblin that oscillates erratically between cutesy and homicidal – begins to take control of Wilson’s life. Vigalondo is cagy regarding the Pooka’s real nature. Is it a delusion? Magical curse? Opportune excuse for Wilson’s nastier impulses? This ambiguity unfortunately means that the film spins its wheels on lots of trite dual-personality mischief without any real payoff. While Pooka! is the most gratifyingly weird film in Hulu’s series to date, it’s still a chintzy, half-baked horror effort, where neither the ideas nor the execution justify the feature-length running time. Rating: C- [Now available to stream exclusively on Hulu.]

The prelude to Christmas Presence – titled Why Hide? in its native UK – teases a straightforward Insidious-style ghost story, but most of the feature feels like a banal and unpleasantly sour indie drama about Britain Today. Six mismatched acquaintances gather over the holidays at a posh but remote country house, where they get roaringly drunk and snipe at each other’s politics, careers, and lifestyles. For a long time, the creepy stuff is relegated to stray twitching shadows, before it suddenly ramps up with a vengeance. This kind of slow-burn, single-location chiller can theoretically be effective, even on a modest budget, but the screenplay for Christmas Presence has absolutely no clue where to focus the viewer’s attention. Accordingly, what should have been a relatively simple story ends up feeling needlessly complex: a meandering confusion of lazy character archetypes and shrill interpersonal melodrama that is only fitfully interested in ripping off Stephen King’s It.  Rating: C- [Now available to stream on Shudder.]

The House That Jack Built is, remarkably enough, Lars von Trier’s first overt foray into that evergreen art-horror subject, the serial killer. Much as the provocative Danish director’s minimalist Dogville (2003) and Manderlay (2005) comprise a matched set, Jack quite deliberately mirrors the filmmaker’s masterful erotic epic Nyphomaniac (2013). Like that film, von Trier’s latest is an episodic thing, built on the scaffolding of a confessional conversation: Here, an unseen, dyspeptic companion (Bruno Ganz) listens to the self-flattering ramblings of the titular Jack (Matt Dillon), an architect who has murdered dozens of victims. Jack is too bluntly vicious, too thematically bleary, and – in its final stretch –  too damn weird to convert von Trier skeptics. At times, the film disappears so far up its own ass that it suggests self-parody. Still, there’s plenty to admire: clever deconstruction of serial-killer tropes; haunting, ghoulish tableaus; chthonic allusions to The Divine Comedy; and plenty of Nymphomanic’s dark cheekiness.  Rating: B [Now available to rent from Amazon, Google Play, iTunes, and other platforms.)

Bird Box has a killer cold open, in which Malorie (Sandra Bullock) lays out this sci-fi thriller’s conceit in curt, almost vicious commands to her 5-year-old charges, the nameless Boy (Julian Edwards) and Girl (Vivien Lyra Blair). Rule No. 1: Don’t ever take off your blindfold, as the slightest glimpse of the mysterious entities lurking all around can drive people to suicidal madness. Unfortunately, what follows that prelude reveals Bird Box as a clunky, middling rehash of tired apocalyptic-fiction tropes. The film keeps flashing back to the direct aftermath of its unconventional Armageddon, which shatters the present-day story’s momentum while also underlining that the Living Dead drama of those past-set ensemble scenes is meaningless. (Clearly, only Malorie and the kids survived.) Perhaps the time-hopping and gimmicky creatures work better on the pages of John Malerman’s original novel, as even the estimable Danish director Susanne Bier has trouble wrangling the material’s wobbly components into a sturdy cinematic form. Rating: C [Now available to stream exclusively on Netflix.]

Bandersnatch isn’t just the first feature-length entry in Netflix’s bleak sci-fi anthology, Black Mirror. It’s also the streaming company’s first experiment with interactive fiction. Bandersnatch allows viewers to direct the trajectory of the story, which has numerous possible tangents and endings. Set in 1984, the film concerns programming prodigy Stefan (Dunkirk’s Fionn Whitehead), who longs to design a cutting-edge, choose-your-path adventure for a trendy video-game company. Reality soon starts to unravel for Stefan, a disintegration signaled by the feature’s Lewis Carroll-derived title and articulated with a retro-futurist vibe that evokes John Carpenter, Alex Cox, and David Cronenberg. Although Bandersnatch never quite transcends its self-aware gimmick, writer/creator Charlie Brooker and director David Slade employ it for a darkly funny and authentically unsettling work of existential horror, one that both involves and implicates the viewer. (Or is it “controller” now?) The illusion of choice is a perennial sci-fi subject, but Netflix, in its self-reflexive way, finds a fresh means to explore it. Rating: B [Now available to stream exclusively on Netflix.] 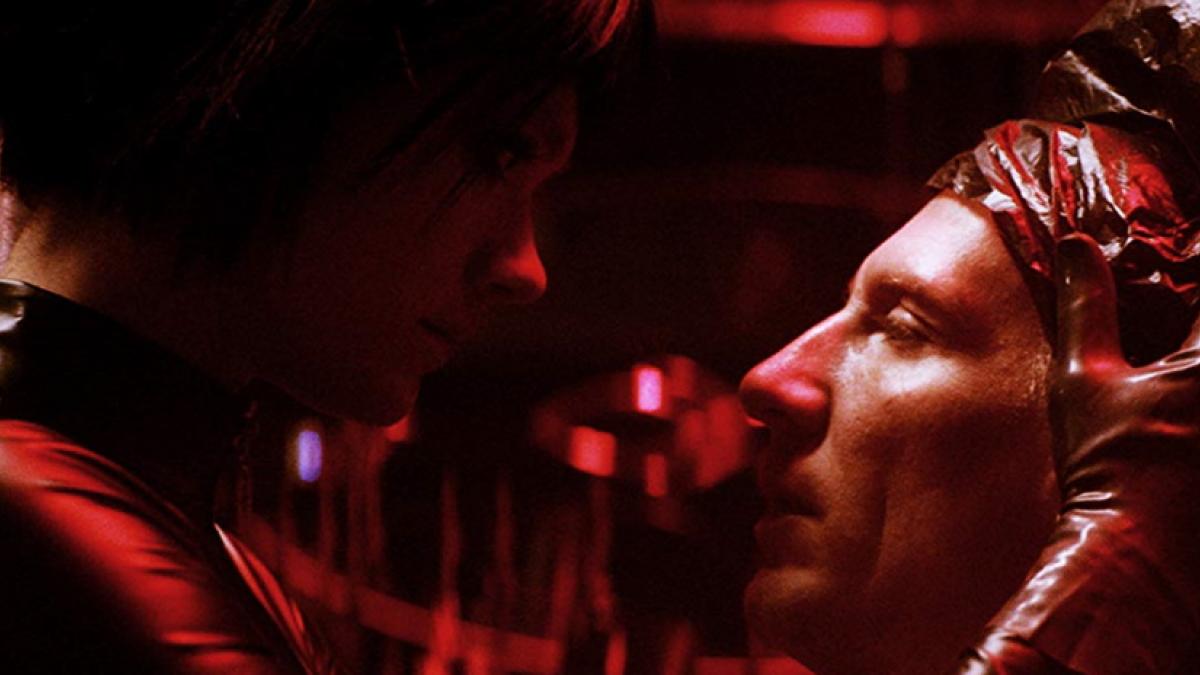 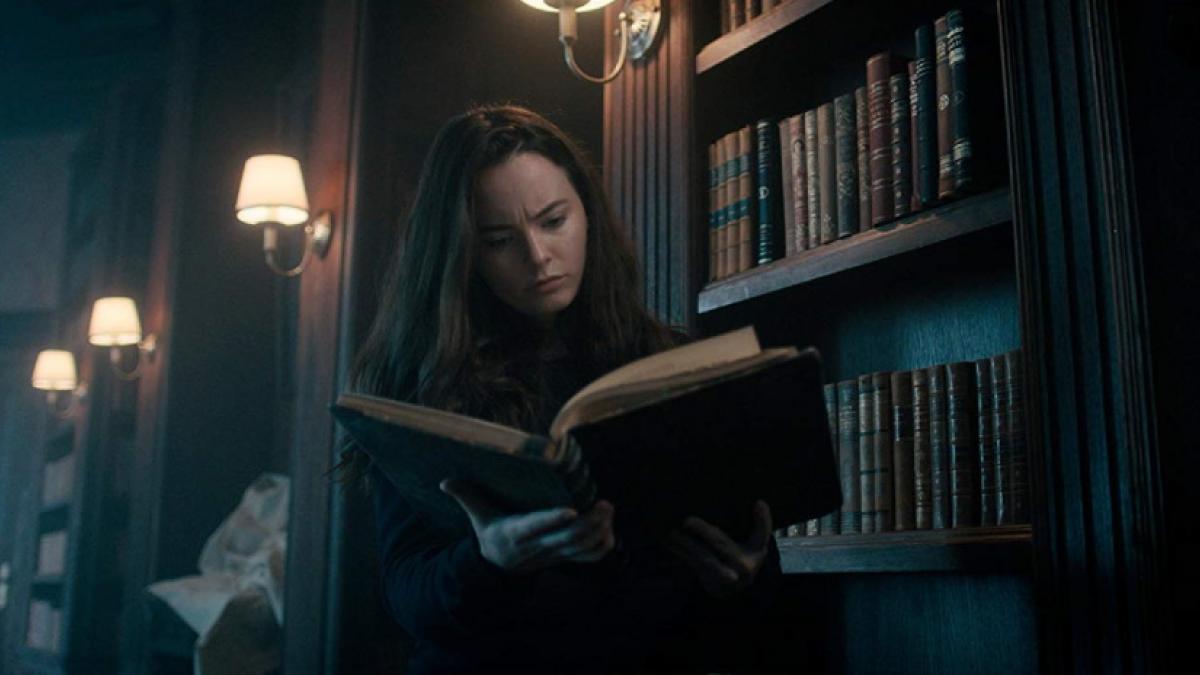 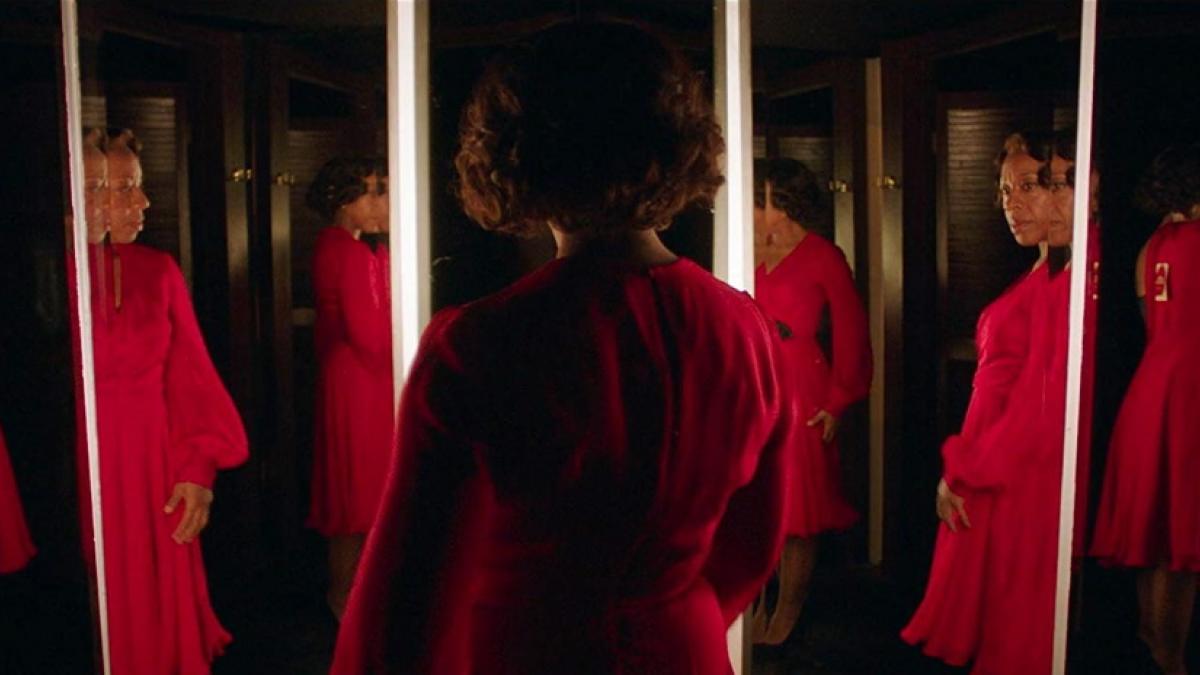