You Must Remember This: “Gossip Girls: Louella Parsons and Hedda Hopper”

Although David Fincher’s Mank (2020) didn’t exactly sweep at this year’s unconventional Oscars ceremony, its polarizing popularity among moviegoers and Old Hollywood aficionados has revealed something significant: There is a hunger for stories that go behind the scenes of notable productions to expose the seedy underbelly of Los Angeles and the corruption that exists within our most prestigious institutions. Mank’s proficiency is debatable, but thankfully, it’s not the only work to tell these kinds of narratives (nor is film the only medium in which to tell them.) As it turns out, there’s an abundance of podcasts that tell such stories. Film historian Karina Longworth’s podcast, You Must Remember This, is the finest of the sort.

True crime and political commentary are undoubtedly the two subgenres that dominate the 21st -century take on the radio hour, but they aren’t the only ones available for listeners to use as the soundtrack to their multitasking. It seems every brand-named comedian has a podcast or appears regularly on one, and it feels like every celebrity from A-list to Z-list has dabbled in the burgeoning art form at some point or another. In a way, podcasts are reminiscent of cable television in audio form. There’s the Comedy Central equivalent, the A&E-esque, the cable-news wannabes … Many of these cable networks even produce their own podcasts, which only emphasizes their similarities. Naturally, there’s a market for something analogous to the History Channel (their hour-long documentaries, that is, not their unscripted reality programming — though there’s surely an audience for that, too). This is the area where You Must Remember This excels.

The latest season is simultaneously wide-ranging and hyper-focused — a paradoxical feat that has defined You Must Remember This since its inception. Longworth’s stance is that of both a scholar and a fan, and this two-pronged approach is reflected in her duties as host: Episodes are grand in their scale, but close in their coverage, fast in their pace, but slow in their discovery. This season, dubbed “Gossip Girls,” applies this distinctive method to the history of the Hollywood tabloid — more specifically, to the lives and careers of Louella Parsons and Hedda Hopper. Rising to prominence in tandem, Parsons and Hopper were trailblazers not only because they were women in the male-dominated field of journalism, but also because they created the blueprint for the frothy, studio-sanctioned behind-the-scenes coverage that remains well known today.

Longworth establishes an ambitious goal for the season at the start of the “Gossip Girls” premiere: tracing the concept of behind-the-scenes from its sleazy beginnings in the dressing rooms of playhouses to its current iteration in the form of anonymous tips posted to social media and narrativized candids captured by paparazzi. It’s a timeline that stretches over 100 years, with Longworth smoothly moving from William Randolph Hearst to The Birth of a Nation (1915) to Charlie Chaplin to the FBI to the 1980s to our most recent presidential election and back again. Longworth, as always, has done extensive research on her subjects and is meticulously prepared to take her listeners on a journey through yet another forgotten corner of Hollywood history. In this case, it’s Parsons, Hopper, and the way they molded celebrity gossip into a tool studios continue to use to their advantage. It’s an era Longworth explores in her book Seduction: Sex, Lies, and Stardom in Howard Hughes’s Hollywood, but the Parsons and Hopper angle allows for new insights and revelations to unfold.

As with any television series, thick book, or lengthy film, a podcast needs to do more than simply tell a riveting story to capture the audience’s attention and keep them hooked for the duration. Interestingly enough, You Must Remember This does this by using the same tactics that have made true-crime podcasts such a massive cultural phenomenon. Listeners are given an inside look at the finer details of a story they otherwise wouldn’t have been given such close access to, and it’s told to them in a somewhat hushed tone, as though they have been let in on a secret. Sure, these are true stories ­­— whether it’s crime or Hollywood history ­— and one could easily search the Internet to get the long story short, but there’s something about hearing it told out loud that scratches that insatiable itch to learn the most intricate and scandalous details of other people’s lives. This is especially true when the person is a celebrity. For this reason, the story of “Gossip Girls” is one Longworth was born to tell: It’s essentially gossiping about the history of Hollywood gossip.

After a dozen seasons or so, You Must Remember This has clearly gotten its rhythm down pat. Longworth speaks at a deliberate, leisurely pace, really drawing out her sentences and making sure they stick before moving on to the next part of the story. For a podcast that prides itself on leaping from one seemingly unrelated point to another before tying them together neatly and proceeding onward, this relaxed tone is absolutely necessary. Unlike your average cinephile — passionately and excitedly spouting a mile a minute about several different movies, actors, and directors at once and not always connecting the dots as effectively as they do in their head — Longworth’s unhurried tempo makes a delicately woven yarn sound clear and concise. Combine this with voice actors delivering direct quotes from the subjects and shrewdly placed sound effects to further set the stage, the “Gossip Girls” chronicle of Parsons and Hopper becomes more than just a good story: It’s an exemplary podcast made with utmost care and precision.

Further Listening: The first episode of “Gossip Girls: Louella Parsons and Hedda Hopper” is available on May 4, with new episodes releasing every subsequent Tuesday. Past seasons of You Must Remember This — including “Dead Blondes,” which delves into pop culture’s obsession with blonde women, and “MGM Stories,” which tracks the rise and fall of infamous studio head Louis B. Mayer — can be found on Apple Podcasts, Spotify, and numerous other podcast platforms. 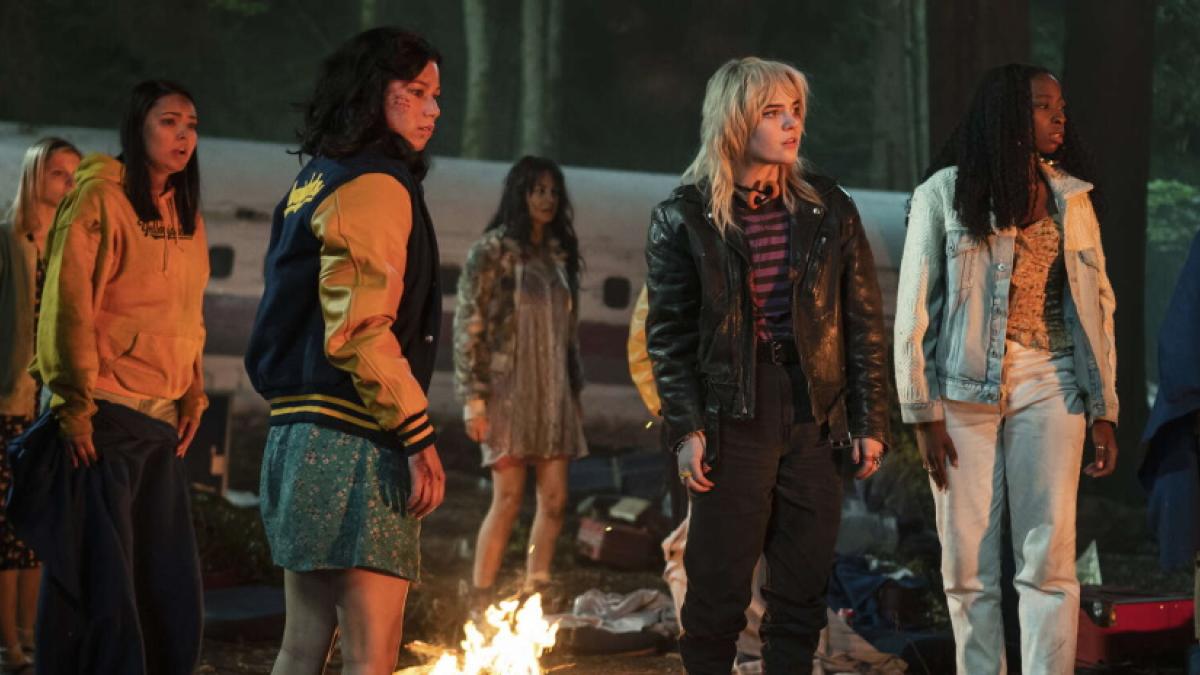 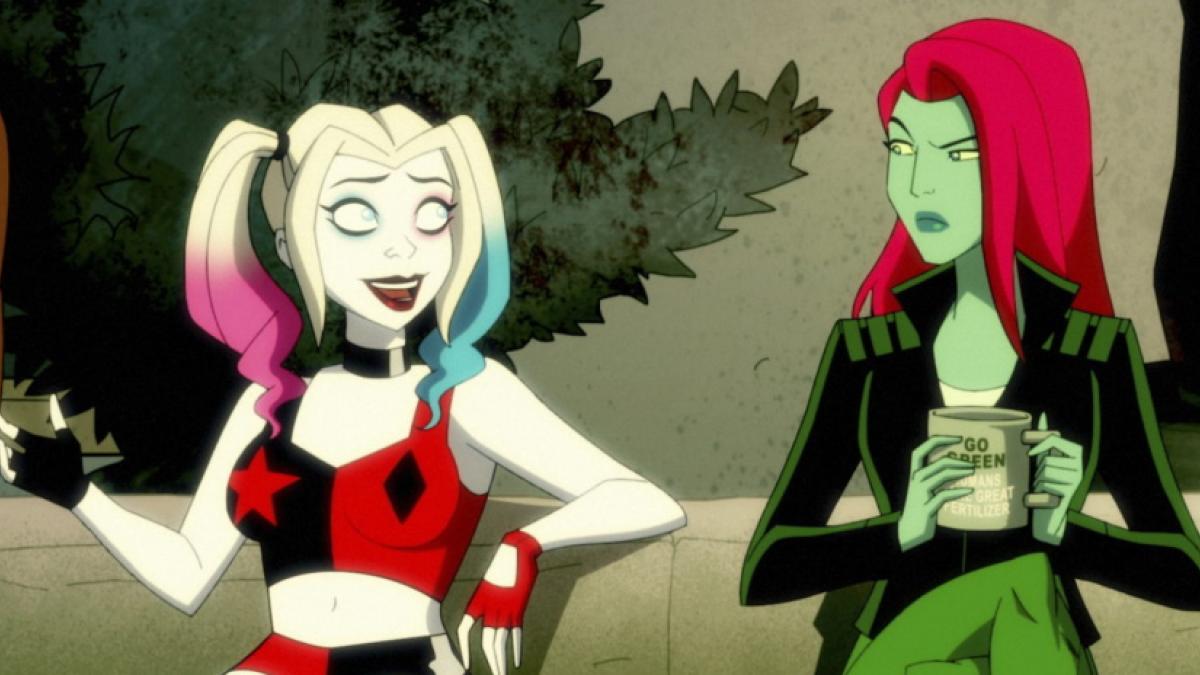