In this predictable genre movie, heavyweight boxing champion Apollo Creed (Carl Weathers), an obvious Muhammed Ali surrogate, decides to give an unknown fighter a break when an opponent bows out of a scheduled bout at the last minute. A journeyman club fighter, the "Eye-talian Stallion," Rocky Balboa (Sylvester Stallone), is chosen to be the replacement. This low-budget, all-American Horatio Alger story relied on patriotic appeal, class antagonisms, and submerged racism to attract the highest box-office rentals of the year – $57 million (on a budget of $1 million) – and the Best Picture, Best Director, and Best Editing Oscars for 1976, America’s Bicentennial Year. Philadelphia is, of course, the symbolic site of the bout, as it was the location of the signing of the Declaration of Independence in 1776.

Indeed, at the main event, Apollo Creed wears a Bicentennial outfit – white wig, Uncle Sam hat, and red, white, and blue trunks – and Rocky waves an American flag as he approaches the ring, while a gigantic U.S. flag looks down at the ring. Finally, once in the ring for the big match, the camera retreats to a Godlike perch to observe this monumental struggle between "Good" and "Black." Rocky's tale is a classic rags-to-riches myth, although this time the obstacle is a rich Black man—and Black Power, as personified by the legendary Muhammed Ali, a Black Muslim who supported Black unity and lost his world title because of his opposition to the Vietnam War.

For those Americans who felt that affirmative action policies and the accomplishments of African-Americans went against the grain of time-honored U.S. values, Rocky Balboa, the "Great White Hope," represented an avatar of the racial divide of the 1970s. Although Rocky is not an overt racist – he has great respect for Apollo Creed – the film's ideology of self-reliant White individualism appealed to the reactionary cultural backlash against the radical visions of the ‘70s counterculture.

At its core, Rocky wallows in White lower-class resentment over Black economic gains in a time of recession. Indeed, Rocky is forced to give up his longtime gym locker to an African American contender – a metonymy for the fear of many Whites that they were losing scarce jobs and status to Blacks. In fact, in this film, contrary to the situation in real-life America, the White guy is the underdog! A White bartender, watching Apollo Creed on TV, says, "All we got today are jig clowns." Rocky replies, "You call Apollo Creed a clown?!" However, he does not object to having the champ called a "jig."

Meanwhile, Adrian (Talia Shire) represents the antithesis of the feminist role models seen in countless 1970s American movies, in which the narrative involved the attractive female lead becoming more independent of male domination and less tied to the domestic sphere. In contrast, Rocky's Adrian escapes into domestic space. Just as Rocky Balboa's rise is circumscribed by his class and ethnicity, so Adrian's looks, class, and gender prohibit her from thinking much beyond a mainstream marriage.

Is Rocky Balboa a "working-class hero," a blue-collar ethnic, a "Joe Six-Pack," or a forerunner of TV's Archie Bunker and the Reaganite entertainments of the 1980s? Peter Biskind called the film one of the first of the "crop of post-New Hollywood feel-good films," a throwback to the 1950s, and a peek at the 1980s with its "racist, Great White Hope" protagonist (385). Although Rocky's corny optimism seemed to be out of sync with the downbeat counterculture, the times must have been ripe for such a character and story, because the movie topped the box office and became the fifth highest-grossing movie ever.

Screenwriter and star Sylvester Stallone explained the film's success: "I believe the country is beginning to break out of this…anti-everything syndrome" (Leab 258). Thus, the film's narrative, characters, and box-office receipts depended on its maintenance of the status quo: the class system, racism, and sexism. In short, although Rocky Balboa is a southpaw in the ring, he's hardly a political "lefty." He could rise above his class, but he was not capable of rising with his class.

Note: Portions of this piece were previously presented in the essay "1976: Movies and Cultural Contradictions", published in American Cinema of the 1970s: Themes and Variations (2007).

Memories of My Father 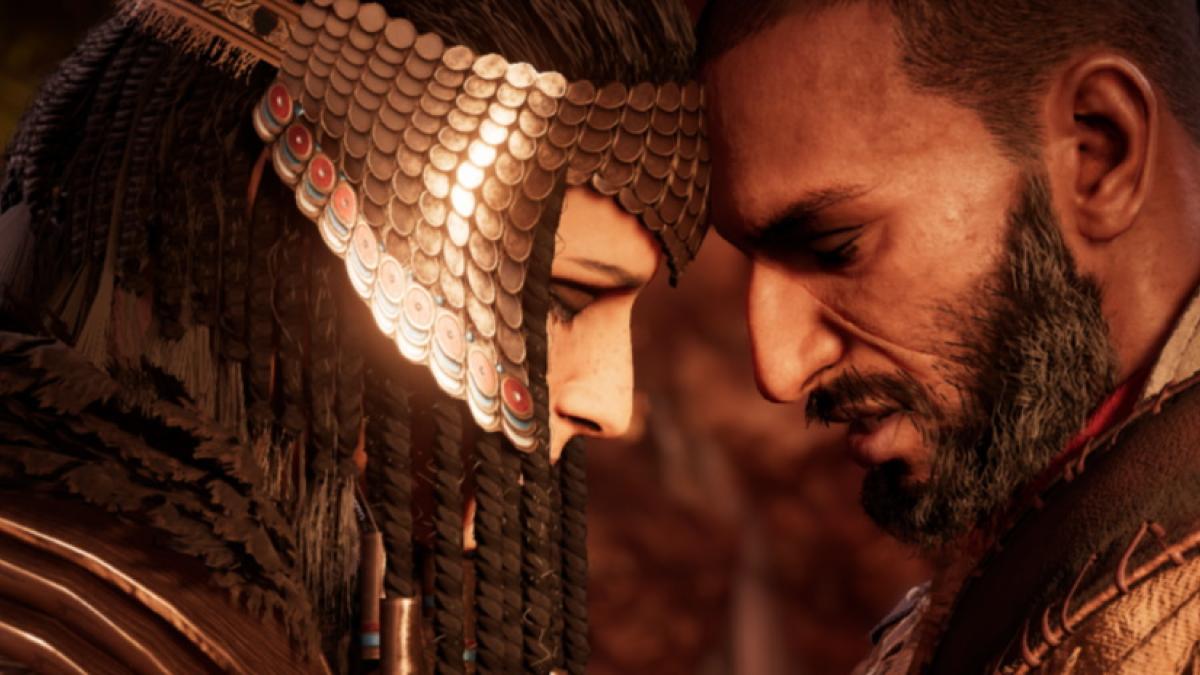 Kill the Flame: The Burden of Grief in Assassin's Creed Origins