The Wolves of Wall Street

Hustlers isn’t Casino (1995). Hustlers isn’t Widows (2018). It’s neither Goodfellas (1990) nor Showgirls (1995). It’s not a Rat Pack Ocean’s movie, a Soderbergh Ocean’s movie, or an all-female Ocean’s movie — Hustlers is wholly, thoroughly its own entity. As the third directorial effort from longtime actress and screenwriter Lorene Scafaria, Hustlers is the work of a moderately successful filmmaker willing to take a risk on an audacious true story. The casting of Jennifer Lopez as a key player helps to elevate an already sturdy script, while Constance Wu — who, despite starring in Crazy Rich Asians (2018), may still be a fresh face to some — holds the expositional framing device on her shoulders with relative ease. Scafaria’s script might have been durable on arrival, but she couldn’t have found a more compatible pair of leading women. Don’t call it Martin Scorsese-esque — this movie stands alone, credibly solidifying Scafaria’s future as a potent writer-director.

Destiny (Wu) is the new girl at Moves, a strip club in a non-specific area of Manhattan. No matter how hard she tries, the customers — largely Wall Street executives at the top of their game — just aren’t buying what she has to offer. It’s 2007, and nobody foresees the financial crisis on the horizon. For now, everything’s cheeky — particularly for Ramona (Lopez), Moves’s cardinal dancer. Both Destiny and the patrons are equally transfixed by her, but for different reasons. The men want her, but Destiny wants to be her. Cash rains down whenever Ramona hits the stage, while Destiny is left with chump change after management and her elderly grandmother (Wai Ching Ho) get their cuts. Through a bit of clunky expository dialogue, the club’s fur-clad alpha she-wolf agrees to help the cub. It’s the first of many deals the two will make over the next seven years.

Part of Destiny’s training requires Ramona to explain to her the process of caring for high-profile clients — specifically, the CEOs, COOs, and presidents of Wall Street’s wealthiest firms. They come in through the back, ride up the private elevator, and enter the only room without cameras for a night full of debauchery and dollar bills — thousands of them, typically. Destiny catches on quickly and the pair eventually settle into a lucrative routine. The men are horrible, but the pay is exceptional. The women are willing to be treated disrespectfully if it means they can continue to live the luxurious lives they’ve always dreamed of. Then the nightmare sets in. 2008 sees the largest stock market crash in decades, driving most of Moves’ clients away and the majority of dancers back into minimum wage jobs. After a few years, when the true impact of the Wall Street disaster can truly be felt, Destiny and Ramona decide to reteam: They’re going to hustle the men who hustled America.

Based on a New York magazine article by Jessica Pressler, Hustlers refreshingly avoids falling into conventional based-on-a-true story traps for much of its first half-hour — until it’s revealed that the film is being framed by an interview between Destiny and a reporter (Julia Stiles) in present-day 2015. The film chugs along at an impressive pace up until this point, managing to (mostly) avoid exposition dumps and awkward dialogue to establish its characters and story. Once this trite framing device is revealed, the film loses a bit of its momentum. Every time the film is interrupted by another needless interview segment that foreshadows the inevitable downfall to come, Hustlers is drained of a little bit more of its electricity. Thankfully, these segments are few and far between for the first two acts; although it doesn’t make them any less disruptive.

These stumbles aside, Hustlers is successful in practically every other respect. Instead of trying to piggyback on the recent trend of gender-swapped heist-flick remakes or ham-fisted female empowerment narratives, Scafaria shows that a film starring, produced, written, and directed by women doesn’t have to be clumsy about it. Bankrolling a project because it checks trendy boxes is no way for production companies to try and enact change in a male-dominated industry, especially when it comes off as a pandering pose. Not so here. Jennifer Lopez and Constance Wu are the luminaries, but supporting players like Keke Palmer, Lili Reinhart, Trace Lysette, and Devin Ratray are just as integral to the film’s radiant energy. Even cameos from artists like Cardi B, Lizzo, and Usher work perfectly and never feel like an effort to get fans in seats — Scafaria makes it work, and it works well.

What’s more, the film’s soundtrack is as devoted to the story as the actors themselves — period-appropriate pop hits and classical symphonic tunes take turns scoring scenes, each needle drop bringing back memories of the bizarre and surreal time that was the late-aughts and early-tens. Like the delicate tightrope walk between pop and classical, this strip club saga disguised as a revenge fantasy juggles comedy and drama (and the occasional thrill) without breaking a sweat. Laughing in the face of economic injustice is the only way to approach a story like this; at this point, it does seem darkly funny just how poorly the financial catastrophes of 2008 were handled. Scafaria wants the audience to know that everyone’s hustling someone else in one way or another, but the ones at the top have been allowed to get away with it.

Hustlers is so much more than an indictment on the one percent, however. The plot may find itself focusing on these gentlemen for a decent chunk of time in the back half, but the overarching themes are the alternative mothering provided by older mentors and the unconventional families comprised solely of close-knit friends rather than blood relatives. There have always been hustlers, and there always will be hustlers — not to mention swindlers, crooks, henchmen, and Bad Guys in general. The flip side is that there will also always be solace for the screwed, home for the hoodwinked, and refuge from the ruthless. There might not ever be solutions or retributions for those who have had their livelihoods destroyed for the sake of profit, and nothing can ever make up for that. What Hustlers suggests is that real family (blood or otherwise) understands this, and that’s why they’ll always have your back — even when you’re wrong. 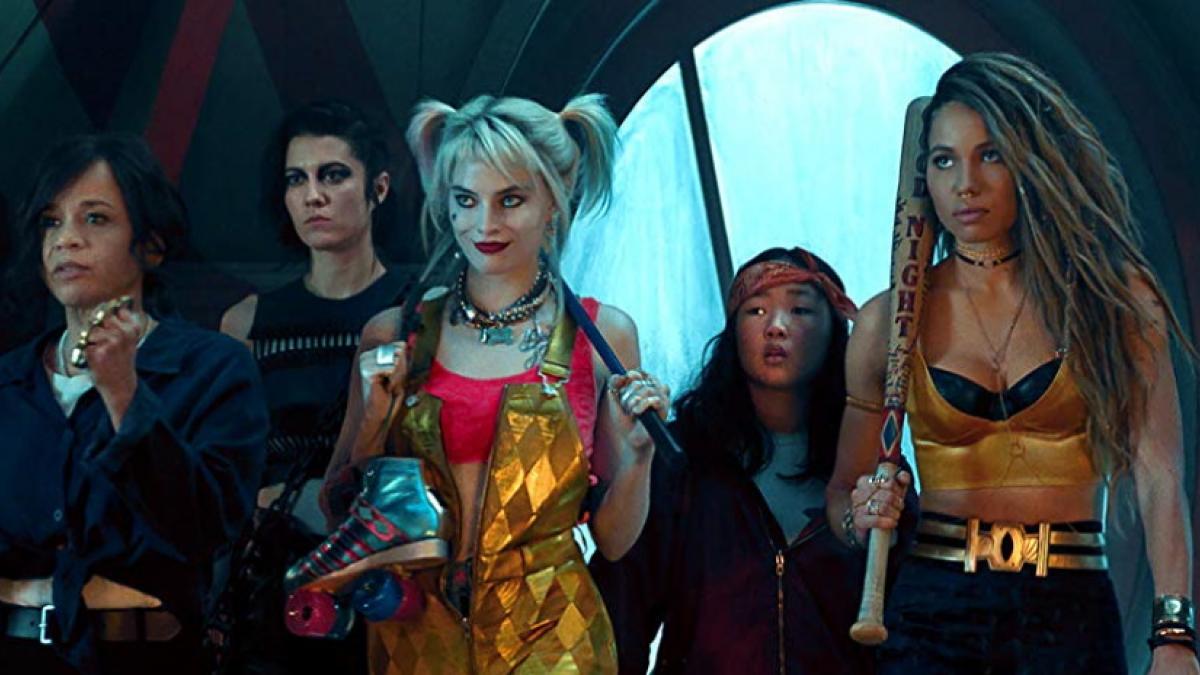 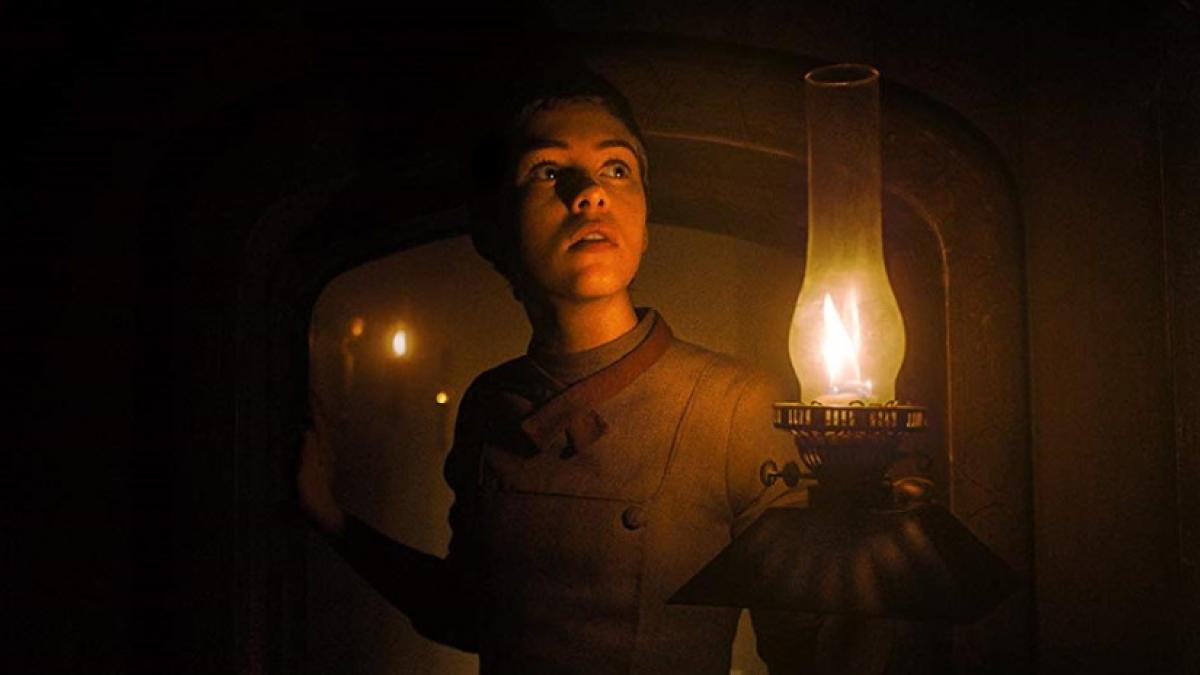