In CD Projekt Red’s Dystopian RPG, Human Connection Is the Balm for a Crapsack World

“Romanceable” non-player characters (NPCs) have long been a popular and meme-tempting feature of modern, big-budget role-playing games (RPGs). To the dedicated role player, romance is an integral part of the play experience in a work of epic interactive fiction. Arguably, some franchises are known primarily for their richly scripted romance systems, with BioWare’s fantasy Dragon Age and sci-fi Mass Effect titles being the obvious examples. However, while players might gravitate toward such systems, inevitably investing them with head-canonical emotional weight, few game developers have cracked the problem of seamlessly weaving romance options into an RPG’s main storyline. Even the most textured and sprawling romance systems – see, for example, Persona 5’s nuanced dating-sim mechanics, or the Fable series’ theoretically infinite partner possibilities – often carry the side-quest-ish whiff of inessential diversion.

CD Projekt Red’s acclaimed 2015 dark-fantasy entry The Witcher 3: Wild Hunt broke some new ground by making a long-simmering choice between two possible romantic partners – or the decision to eschew relationships altogether – a key component of the game’s narrative arc. The studio’s most recent effort, the dystopian science-fiction RPG Cyberpunk 2077, also smartly integrates romance into its story. It does so, however, in a manner that’s ingeniously subtle and ultimately more concerned with emotional and thematic resonance than with deterministic plot relevance. Indeed, given that Cyberpunk is so piercingly insistent on foregrounding its gritty, hyper-violent action and R-rated, Verhoeven-esque satire, less attentive players could be forgiven for regarding the game’s romances as mere detours on the road to becoming the most legendary mercenary in Cyberpunk’s alternate-universe urban hellscape.

To be sure, Cyberpunk 2077’s romance subplots are discretionary from a purely mechanical standpoint. Speed-run through the game’s main storyline and you’ll automatically end up meeting and then working alongside two of the game’s four main romanceable characters, but the opportunity for a deeper relationship with either of them may flicker by unnoticed. Moreover, romancing a character doesn’t have an outsize impact on the game’s wildly different possible endings, beyond determining who appears as the protagonist’s partner in certain epilogue cut scenes. Players may incidentally reap some minor in-game rewards – such as items, skill-ups, or experience – during a romance quest, but such missions are essentially extended, flavorful codas to much meatier optional subplots.

Yet Cyberpunk 2077’s romances are the essential, humanistic heart of a story that otherwise wallows to a sometimes excessive degree in cynicism, misery, and nihilism. The game might be a work of darkly satirical speculative fiction, but its exaggerations increasingly feel slight: a preview of the monstrously unjust, inequal, and vulgar tomorrow we are uncontrollably hurtling toward. (Needless to say, the game’s depiction of an America that has gleefully embraced daily gun violence on every street corner as if it were a cultural badge of honor bites especially deep in 2022.) “NO FUTURE” announces a conspicuous recurring graffiti tag glimpsed around Night City, Calif., the fictional coastal megalopolis that is the game’s setting. The despair inherent in that slogan oozes from every pore of Cyberpunk’s design.

Based on Mike Pondsmith’s visionary tabletop RPG, Cyberpunk 2077 carries the timeline of the original, 2013-set pen-and-paper game forward almost six decades. (It’s an alternate-history conceit akin to that of Blade Runner 2049, which took the now-retro-futuristic world of the first Blade Runner film and permitted it to evolve for another 30 years.) Any player acquainted with the cyberpunk subgenre – whether in its literary, television, cinematic, or video-game forms – will find this setting familiar. Mega-corporations have supplanted civil governments as the de facto authorities. Violent crime is rampant, political corruption is ubiquitous, and the planet is drowning in pollution and waste. Technological innovations have made the wondrous commonplace, enabling virtually everyone to upgrade their brains and bodies with cybernetic enhancements, but the utopia promised by perpetual digital connection never arrived. In other words, it’s our world, only faster, crasser, uglier, and nastier.

Into this harsh existence tumbles the game’s protagonist, V, a rootless mercenary determined to make a name for themselves on the hard streets of Night City. (V can be male or female, a Mass Effect-indebted bit of open-endedness to the character-creation process that still feels unfortunately binary.) Cyberpunk 2077’s main storyline involves an appropriately noir-ish corporate conspiracy in which V winds up with an experimental chip lodged in their skull, their personality mingled with that of a long-dead rock ’n’ roll terrorist. (Voice-acted and motion-captured, fittingly enough, by Neo himself, Keanu Reeves.)

Though this story provides a neatly episodic, interlocking spine for the game, the details of the plot are not particularly salient here. Suffice to say that in the fine tradition of many a hard-boiled antihero, V is living on borrowed time and exceedingly hesitant to trust anyone. Enter the game’s four romanceable characters: virtual-reality artist Judy Alvarez (for gay female Vs), wasteland gearhead Panam Palmer (for straight male Vs), idealistic police detective River Ward (for straight female Vs), and world-weary rock star Kerry Eurodyne (for gay male Vs). Judy and Panam both feature in the main storyline, but all four characters are associated with sizable, multistage subplots. Help them out with their problems and opportunities for flirting and seduction will eventually surface.

This is standard, even expected stuff for a modern AAA RPG, but where Cyberpunk 2077 excels is the way it gently but earnestly conveys the vitality of these relationships in a world gone mad. Both V’s somewhat ludicrous sci-fi circumstances and – more importantly – the general grungy neon hellishness of the game’s setting deepen the significance of such mundane but nourishing connections. The tone of each of these four relationships (and their associated capstone quest) is distinct, but each provides moments of simple human warmth and bracing emotional intimacy. Physical release comes cheap in a future where a few Eurodollars can purchase an AI-tailored session with a cybernetic sex worker. Finding someone who you can trust with your secret joys and fears? That’s much harder in Night City, where even the word “romance” feels radical in the face of instant sensual gratification, asphalt-stomping violence, and omnipotent corporations that can literally steal your soul.

Given the luridness of Cyberpunk 2077’s imagined future – where inescapable, shrieking digital ads hawk energy drinks, holographic porn, and live-streamed executions – it’s genuinely startling how effective the game is at re-creating the more delicate features of romantic relationships. While roaring down the rain-slicked streets of Night City on your motorcycle, you might randomly receive a drunk text from your partner, triggering a frivolous exchange (and maybe a morning-after mea culpa). Drop by their place randomly between mercenary gigs and they will greet you with a smile and perhaps a conversation about what they’ve been up to lately. Panam and her yeehaw Mad Max clansmen may even participate directly in the game’s climactic mission, depending on the choices V makes along the way. However, the most significant moment you share with your romantic partner during the main story's final act involves a simple phone call made at a crucial, deceptively understated turning point.

That such quotidian moments stick out in this writer’s mind after two complete play-throughs – in a game otherwise full to bursting with gunplay, espionage, and all manner of cacophonous sci-fi nonsense – is a testament to CD Projekt Red’s sharp, character-focused storytelling. It is all too easy to slip into ineffectual despair over the trajectory of our world right now, and in that context the grim dystopian reality presented by Cyberpunk 2077 doesn’t exactly feel like escapism. However, the game deftly counterbalances the unrelenting, tawdry bleakness of its setting with a grain of sincere tenderness. It asserts that surviving the proverbial worst of times is a little easier when we permit ourselves to be vulnerable with other people. Despite the game’s reliance on numerous hard-boiled and noir tropes, this glint of warmth makes one hesitant to categorize Cyberpunk 2077 as a true example of such fiction. No Raymond Chandler or James Cain novel would dare to insist, however quietly, that love does in fact matter.

Cyberpunk 2077 is now available for PlayStation 4 and 5, Xbox One and Series X/S, and Windows. 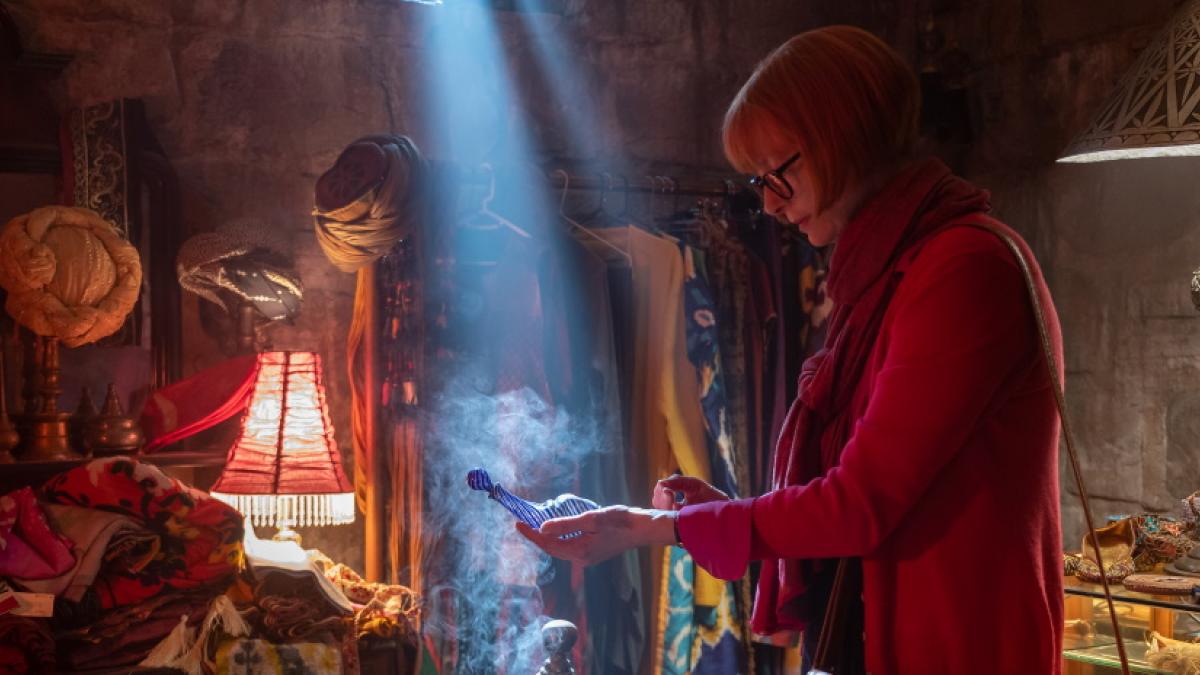 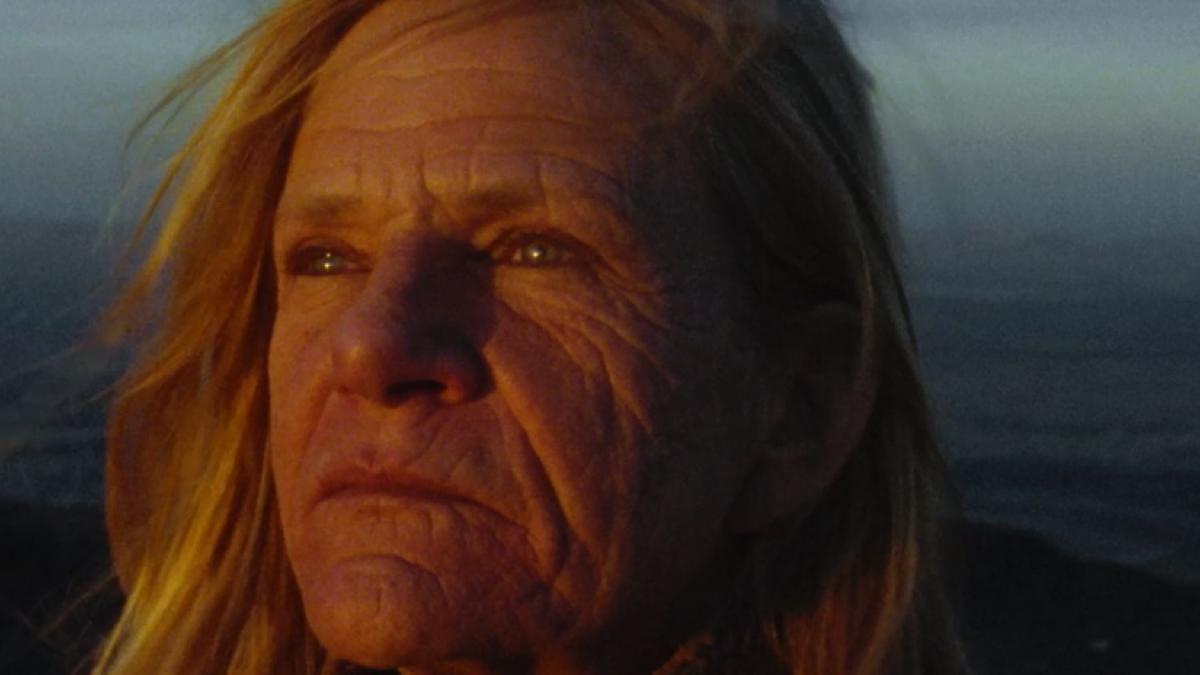