With a potentially fatal drug debt looming over their heads, prickly party girls Petula (Imogen Waterhouse) and Tilda (Sarah Hay) devise a Hail Mary solution: robbing their mentally disturbed childhood friend, Daphne (Cam’s Madeline Brewer), who dwells alone in the moldering New England mansion where the trio once played as children. However, this betrayal requires that the prodigals re-immerse themselves in Daphne’s surreal imaginary world, where skin-crawling mockeries of twee role-play scenarios are governed by violent, arbitrary rules. Writer-director Mitzi’s Perione’s hallucinatory debut feature doesn’t make a hell of a lot of sense, which is both its most frustrating flaw and its greatest asset. Freely plucking scenarios and motifs from Alice in Wonderland, Great Expectations, and Psycho, Perione creates a debauched atmosphere where the boundaries between reality, fantasy, and outright nightmare dissolve in a blur of psychosexual weirdness. The plot might be lethally obfuscated by the filmmaker’s approach, but there’s still something seductive about the film’s uniquely feminine vision of treehouse horror. Rating: B- [Now available to stream from Hoopla and to rent or purchase from Amazon, Google Play, iTunes, and other platforms.]

Long before it begins quoting musically from Italian horror classics like The Red Queen Kills Seven Times (1972) and Deep Red (1975), it’s apparent that the sophomore feature from writer-director Nicolas Pesce (The Eyes of My Mother) is drunk on its own heightened, giallo-indebted style. There’s some Japanese DNA in Piercing as well, partly retained from the 2007 Ryū Murakami novel of the same name, partly discernible in the film’s allusions to In the Realm of the Senses (1976) and Audition (1999). Seeking an outlet for his bloodthirsty compulsions, uptight family man Reed (Christopher Abbott) secures the services of an enigmatic prostitute, Jackie (Mia Wasikowska). She almost immediately derails his fussy homicidal preparations, however, drawing him into her own disturbed world over the course of a single phantasmagorical evening. Although undeniably striking from an aesthetic standpoint – the deliberately phony model skylines are a particularly memorable touch – Piercing is dragged down by the repetitive, ultimately vacuous cat-and-mouse games that preoccupy its supremely twisted couple. Rating: C+ [Now available to rent or purchase from Amazon, Google Play, iTunes, and other platforms.]

Writer-director Dan Gilroy (Nightcrawler) plainly had a lot of fun creating Velvet Buzzsaw, a self-consciously garish B-picture in which the ruthless, pretentious denizens of LA’s contemporary-art world – the gallery owners, agents, dealers, critics, and other hangers-on – are murdered by supernaturally cursed works of art. Unfortunately, Gilroy’s palpable glee over this karmic bloodletting doesn’t translate into any actual satire, even though he and his overstuffed cast treat the material completely straight, echoing Ruben Östlund’s superior (and much funnier) modern-art send-up, The Square (2017). What the viewer is left with, then, is a half-baked work of shambolic horror-kitsch, one that is barely functional as a story but still enjoyable for its moments of fleeting midnight-movie madness. (A platinum-wigged Toni Collette having her arm amputated by a malfunctioning “discovery sphere” installation is a highlight.) Watching the A-list cast – including a scene-stealing Jake Gyllenhaal as a narcissistic art critic – stumble through the Art Basel version of a Final Destination picture isn’t without its pleasures. Rating: C+ [Now available to stream exclusively on Netflix.]

The first original documentary produced by streaming service Shudder, Horror Noire is as aesthetically unremarkable as any given VH1 nostalgia-thon, consisting almost entirely of film clips and a cavalcade of talking heads. Fortunately, director Xavier Burgin doesn’t need to do anything flashy, given that his subject is intrinsically intriguing and his interview subjects – an authoritative array of actors, directors, writers, critics, and historians – are suitably insightful and enthusiastic. Adapted and condensed from Robin R. Means Coleman’s book of the same name, Horror Noire hustles through the history of African-American horror cinema from the medium’s beginnings through the present, highlighting the ways in which the genre has demonized, idealized, and dissected blackness and the black experience. Although it engages in its share of breezy box-checking, Burgin’s film is dense with both trenchant observations and revelatory “forgotten lore,” such that even horror obsessives will inevitably learn something new. Indeed, the primary takeaway is that the topic could benefit from a more sober, long-form docuseries. Rating: B- [Now available to stream exclusively on Shudder.]

Although it relies on a dank, spectral atmosphere and familiar religious-horror motifs, director Darren Lynn Bousman’s St. Agatha is more of a slow-boil Southern-gothic thriller than an outright nunsploitation scare-fest. In 1950s small-town Georgia, broke and pregnant con artist Mary (Sabrina Kern) turns to a religious order that provides room and board to “unfortunates.” The convent’s nuns demand rigid obedience in return for their charity, but Mary quickly discerns that the sisters are up to something more sinister than workaday Catholic zealotry. Bousman’s feature engages in the usual post-Conjuring creepshow theatrics, but these amount to a misdirection tactic. They conceal a ludicrous but unremarkable captivity thriller, one that pits Mary against the banal evil of the order’s sadistic Mother Superior (Carolyn Hennesy). Despite solid performances, the film is swallowed by endless, ambiguous scenes of haunted-house strangeness, punctuated with brutal passages of emotional and physical abuse. The result is suffocating and monotonous, and never adequately counterbalanced by the feature’s clunkily expressed theme of liberation. Rating: C- [Now available to rent on from Amazon, Google Play, iTunes, and other platforms.]

To better distinguish themselves in a saturated genre, adaptations of YA fantasy novels often overextend themselves with respect to idiosyncratic world-building. It’s refreshing, then, that the horror-tinged coming-of-age tale The Changeover takes such a restrained approach, limiting itself to a handful of characters in a relatively grounded suburban New Zealand setting. Adapting Margaret Mahy’s 1984 novel of the same name – and giving it a faintly post-apocalyptic spin by setting it in the aftermath of the devastating 2011 Christchurch earthquake – the filmmakers rely on familiar fantasy components, such as curses, demons, witches, and ritual magic. However, the story of psychically sensitive teenager Laura Chant (Erana James) and her efforts to rescue her young brother from a parasitic entity has a persuasively edgy, forlorn tone that vibrates with the feminine energy of a PG-13 version of the 2018 Suspiria. It helps that the great Timothy Spall portrays the human-seeming monster, Mr. Braque, whom the actor imbues with a menace and ambiguity that was absent from his unctuous Harry Potter villain. Rating: B- [Now available to rent or purchase from Amazon, Google Play, PlayStation, and other platforms.] 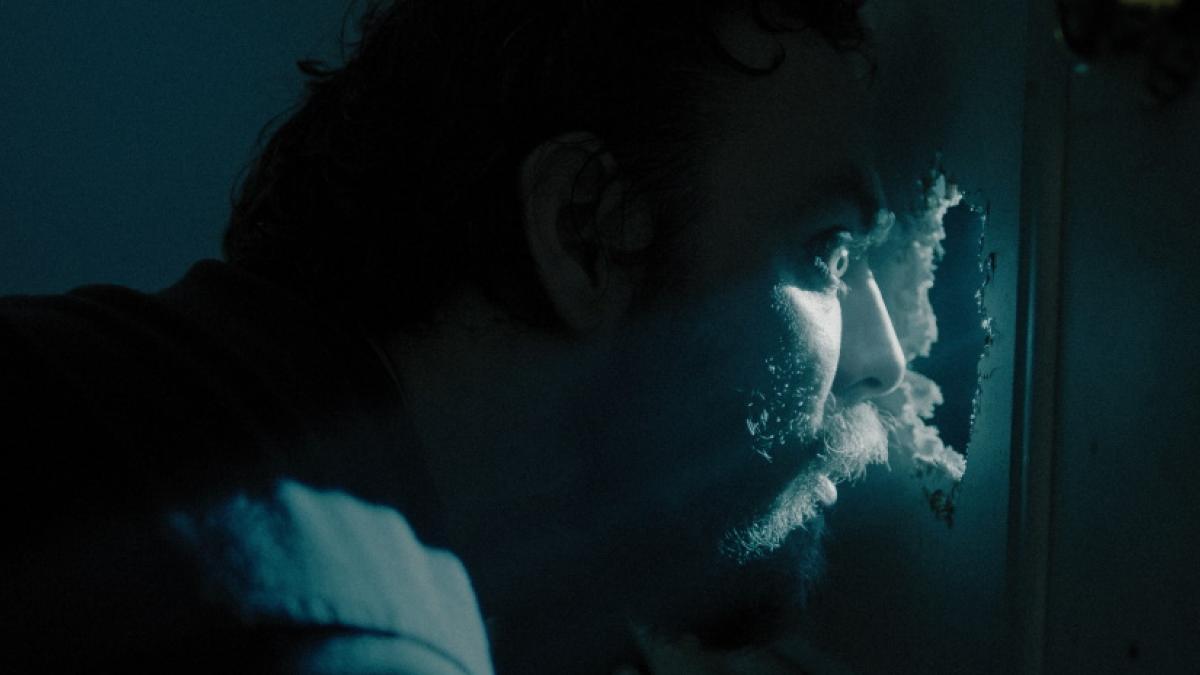 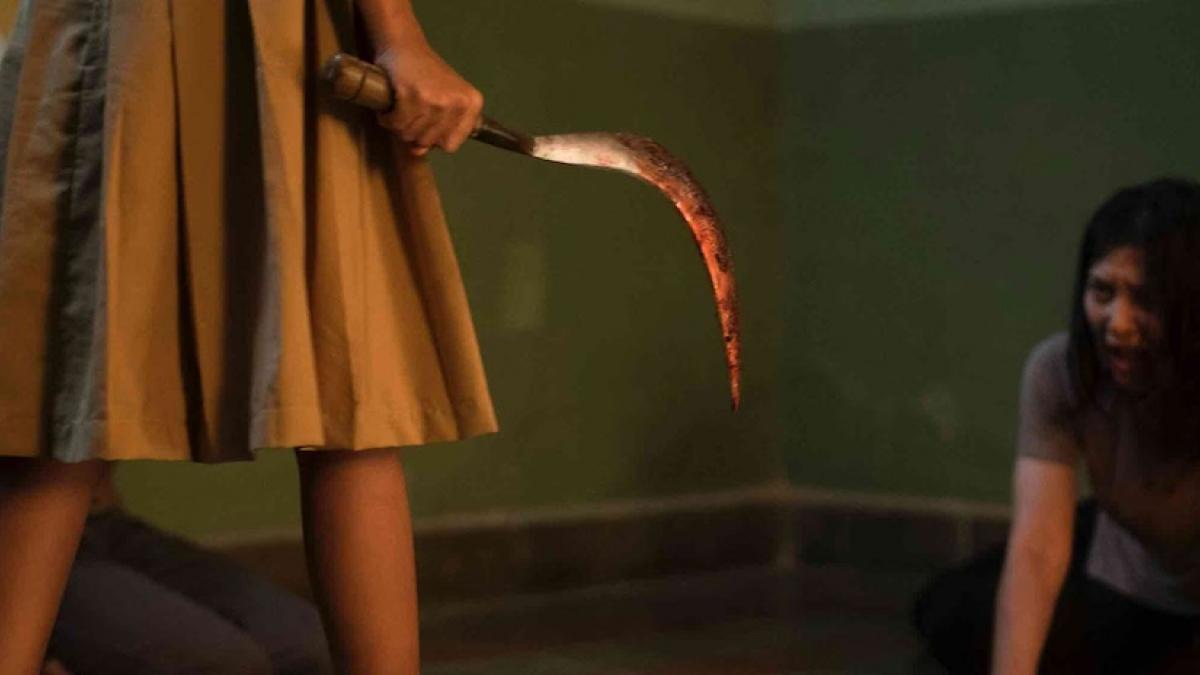 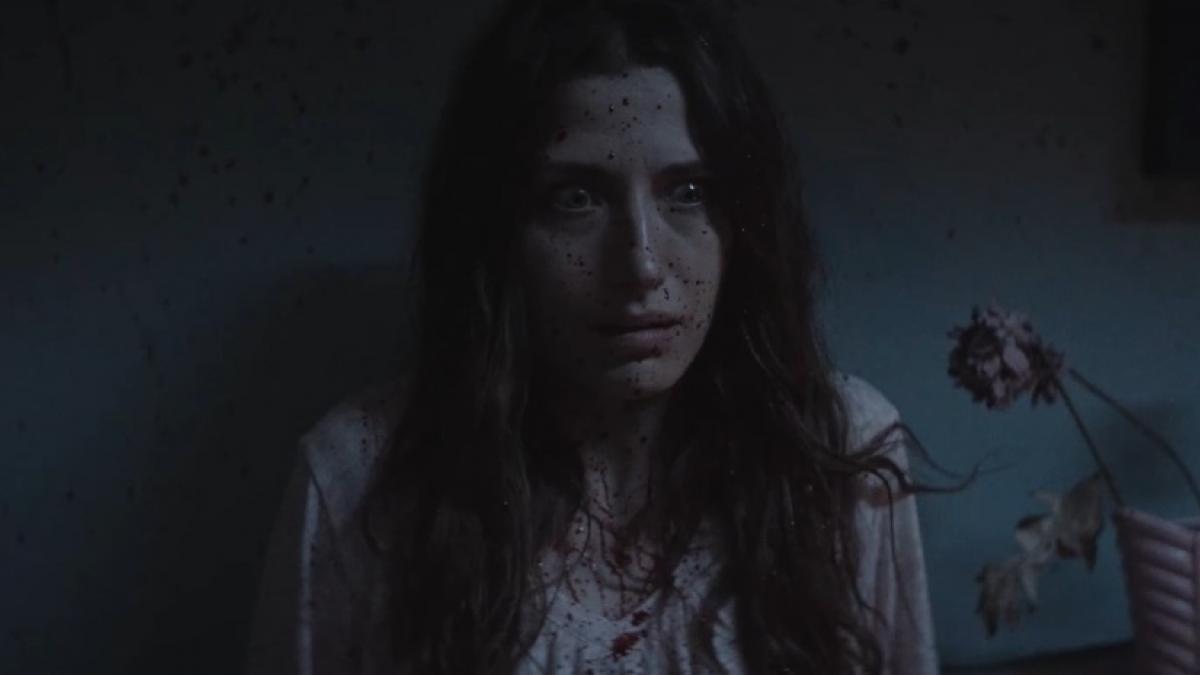