Director Ant Timpson’s volatile, pitch-black horror-thriller Come to Daddy is the sort of weird indie feature whose utter unpredictability is its best quality. The less one knows about the story, the better, but the setup is simple enough. Thirtysomething music-industry wannabe Norval (Elijah Wood) has received a strange letter from the father he barely knows. When he shows up at his father’s remote coastal hideaway as instructed, things are strained and peculiar from the start, with Dad (Stephen McHattie) drunkenly prowling about and veering from roaring resentment to cruel amusement. Things only get more outlandish from there as Come to Daddy careens through some truly deranged plot swerves. Eventually, all sense of sanity goes out the window and the film mutates into a cascading, absurdist fiasco in the mold of the bumbling-hitman sequence from Mulholland Drive (2001). Wood delivers an entertaining performance as a preening dimwit, and while the film doesn’t really add up to much in the end, it’s never dull. Rating: C+ [Now available to rent or purchase from major online platforms.]

There’s a blunt and grimy simplicity to director Joe Begos’ VFW, an over-the-top survival thriller that pits a group of cantankerous Vietnam veterans against a rampaging horde of drug-dealing gangsters and crazed addicts. Unfolding in a quasi-dystopian parallel universe that’s indebted to The Warriors (1979) and Repo Man (1984), VFW is most enjoyable when it leans into gorehound excess and gritty retro style, the latter of which includes a hallucinatory red-and-blue color scheme. Undeniably, watching a band of grizzled but winning character actors – including William Sadler, Fred Williamson, Martin Kove, and an improbably still-imposing Stephen Lang – hack their way through countless goons has an undeniable lowbrow appeal. Unfortunately, this doesn’t quite paper over the film’s tiresome Boomers vs. Millennials conflict, or Begos’ vaguely reactionary gushing over the former cohort. It’s the sort of grisly siege story that plainly wants to follow in the footsteps of Green Room (2015) but ends up feeling much closer to Death Wish (1974). Rating: C- [Now available to rent or purchase from major online platforms.]

If Michael Haneke or Joachim Trier ever stooped to crank out a dystopian YA sci-fi feature in the vein of The Hunger Games, Divergent, or The Maze Runner, it would probably still be more compelling than Jessica Forever. Those filmmakers might have at least imbued the story with a dose of the dramatic frisson that is absent from this doggedly vague and inert tale. In an oddly banal-looking suburban France of the near feature, the mysterious Jessica (Aomi Muyock) acts as surrogate mother for a band of violent young men who are being hunted by the authoritarian government’s killer drones. That’s about all that directors Caroline Poggi and Jonathan Vinel offer in the way of world-building. Although they wield their precise European art-film style capably enough, it’s ultimately not in the service of anything save for the thinnest and foggiest character drama. The addition of magical-realist touches just end up confusing things further, suggesting a more ambitious feature buried by the filmmaker’s elliptical approach. Rating: D+ [Now available to stream from Shudder.] 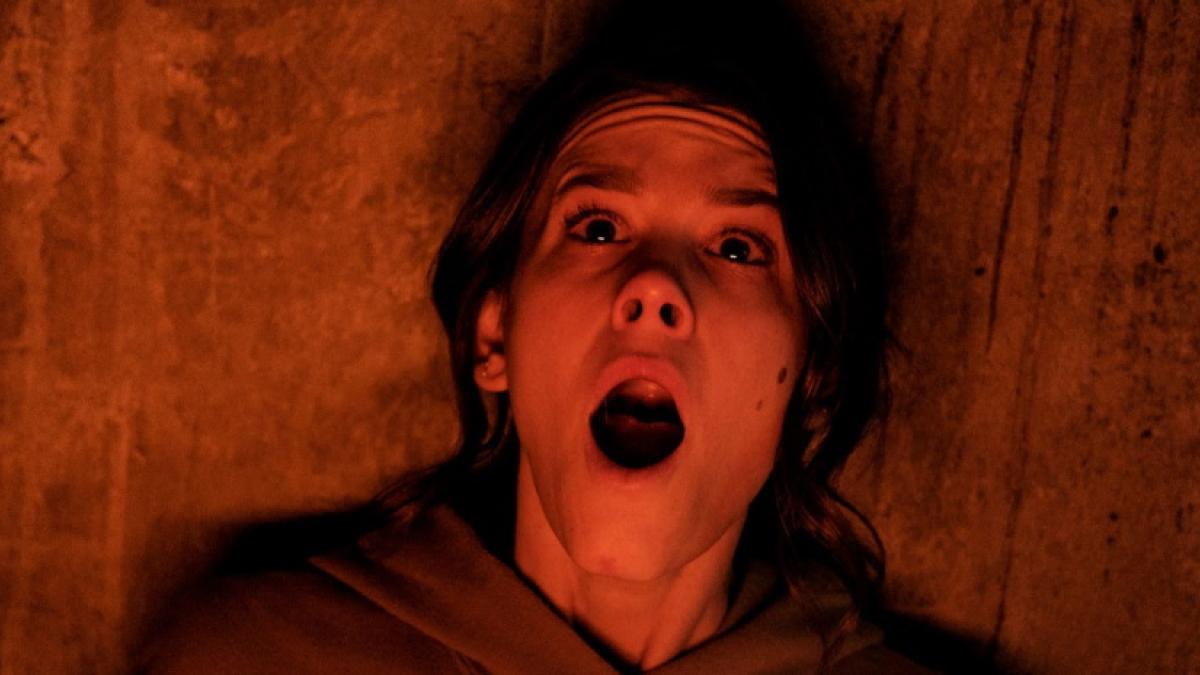