A desolate work of ecological body-horror – with splashes of The Fog (1980) and H.P. Lovecraft’s “The Shadow over Innsmouth” – Jeffrey A. Brown’s The Beach House is strongest in its skin-crawling middle stretch. The opening act is mostly underwhelming character-based table setting, as a grad student (Liana Liberato), her dropout boyfriend (Noah Le Gros) and his older family friends (Jake Weber and Naryann Nagel) arrive at a Cape Cod vacation home for a relaxing weekend. However, the forlorn cinematography, creepy score, and subtle surreal touches make it clear that something unnatural is stirring beneath the surface. Eventually, The Beach House settles into a familiar zombocalpyse narrative groove, but the film is most compelling when it’s simply steeping in an aura of uncanny ambiguity. While the practical effects are fittingly horrific – including a repulsive set piece involving a writhing parasite and a bare foot – the film’s most indelible and disturbing image might be that of a man walking slowly and determinedly into the waiting sea.

The Beach House is now available to stream from Shudder.

A remake of the obscure 1958 Norwegian feature Lake of the Dead, Nini Bull Robsahm’s film has all the usual ingredients one expects from a cabin-fever horror tale. Lillian (Iben Akerlie) returns to her family’s unused (and very remote) forest chalet a year after her brother’s inexplicable disappearance, trailing a group of fun-loving friends who only seem marginally aware of her obviously fragile mental state. Dark omens and strange occurrences commence – most of them involving the property’s murky lake – but what should be a creepy pressure-cooker instead ends up feeling like a rambling slog. The character relationships are poorly conveyed, and the editing slams scenes together somewhat haphazardly. What’s more, Robsahm has trouble maintaining narrative momentum, and as a result Lake of Death often just feels like jumble of horror-movie clichés. The film throws everything at the wall as it lurches towards a predictable Big Twist that explains little: Plot points that initially feel like red-herring teases turn out to be symptomatic of plain old screenwriting sloppiness.

Lake of Death is now available to stream from Shudder.

The latest feature from director Julius Ramsay and writer Alton Ramsay – the brothers behind Midnighters – The Current Occupant is the sort of ambitious indie genre picture that obviously has a lot on its mind yet struggles to say anything original or insightful. The film shamelessly nicks plot points and design touches from The Manchurian Candidate (1962), A Clockwork Orange (1971), Brazil (1985), and Shutter Island (2010) and then repackages them into a low-budget paranoid horror-thriller that’s more interested in style and mood than substance. Still, one is inclined to admire the nervy ambition and droll bitterness evident in this tale of an institutionalized amnesiac (Barry Watson) who comes to believe that he is the President of the United States, confined by traitors in his own administration as part of a bloodless coup. While the film is occasionally repetitive and never manages to do anything truly unexpected, its satirical treatment of patriotic and presidential iconography – as well as its pitch-black pessimism – gives it an appealingly acerbic edge.

The Current Occupant is now available to stream from Hulu.

At first, Eric Bress’ dreary and bewildering WWII ghost story appears to pose a straightforward question: What if a ramshackle collection of shopworn war-movie clichés were dropped into a Blumhouse-style haunted-house story? When a squad of American soldiers hunker down in an abandoned French chateau, they discover that the original owners are still lurking about and not at all pleased about having been murdered by the Nazis. For what seems like an interminable stretch of time, the embarrassingly stereotypical GIs – which include the Bookish Nerd, the Redneck Psycho, and the Guy from Brooklyn – are aimlessly terrorized by ghostly mischief and morbid hallucinations. However, there are hints that something weirder than a haunting is afoot. Indeed, there is, and when Ghosts of War finally pulls back the curtain on its preposterous Black Mirror twist, it confirms that Bess’ feature is no mere work of tedious, cross-genre hackery. It’s a very stupid film with some very questionable intentions vis-à-vis the topics of guilt, trauma, and American neo-imperialism.

Ghosts of War is now available to rent or purchase from major online platforms.

With Impetigore, writer-director Joko Anwar returns to the distinctive Javanese folk-horror formula that made his 2017 film Satan’s Slaves such a splendid little discovery. In his latest feature, orphaned city-dwelling working stiff Maya (frequent Anwar player Tara Basro) returns to the rural village of her birth after a frightening encounter and financial setback spur her to claim her inheritance. In this remote jungle hamlet, menacing villagers, phantasmal sightings, and other occult strangeness abound. As in Satan’s Slaves, Anwar has a knack for conveying evocative Indonesian folk terrors via the familiar grammar of 21st-century horror cinema – and with a panache that outclasses most of his American contemporaries, no less. Impetigore is freakier, nastier, and more convoluted than its predecessor, and makes expressive use of local cultural traditions like shadow puppetry and gamalan music. However, beneath the film’s macabre style and excessive expository flashbacks lies an accessible campfire tale about a guileless but resourceful woman who stumbles into the proverbial Town with a Dark Secret.

Impetigore is now available to stream from Shudder.

The moody, disturbing, and very peculiar directorial debut of actress Romola Garai, Amulet is the sort wholly unpredictable horror feature in which the setup has little resemblance to the film that eventually slithers forth. Ostensibly, this is the story of Tomas (Alec Secareanu), a troubled former soldier from a nameless Eastern European nation. Now a homeless day laborer in Britain, Tomas is plucked from the streets by a kindly nun (Imelda Staunton) and paired with Magda (Carla Juri), an eccentric woman who needs help while caring full-time for her elderly, housebound mother. Amulet veritably throbs with nightmarish unease and psychosexual menace, and not just due to the close quarters in Magda’s moldering old house. Flashbacks hint at the sins Tomas is fleeing, but Garai has ambitions that go way beyond her protagonist’s tribulations. In its final act, Amulet takes a dizzying dive into primordial dream-logic, with a witchy crescendo that evokes The Lords of Salem (2012) and Suspiria (2018). Perplexing? Sure. Mesmerizing? Definitely.

Amulet is now available to rent from major online platforms. 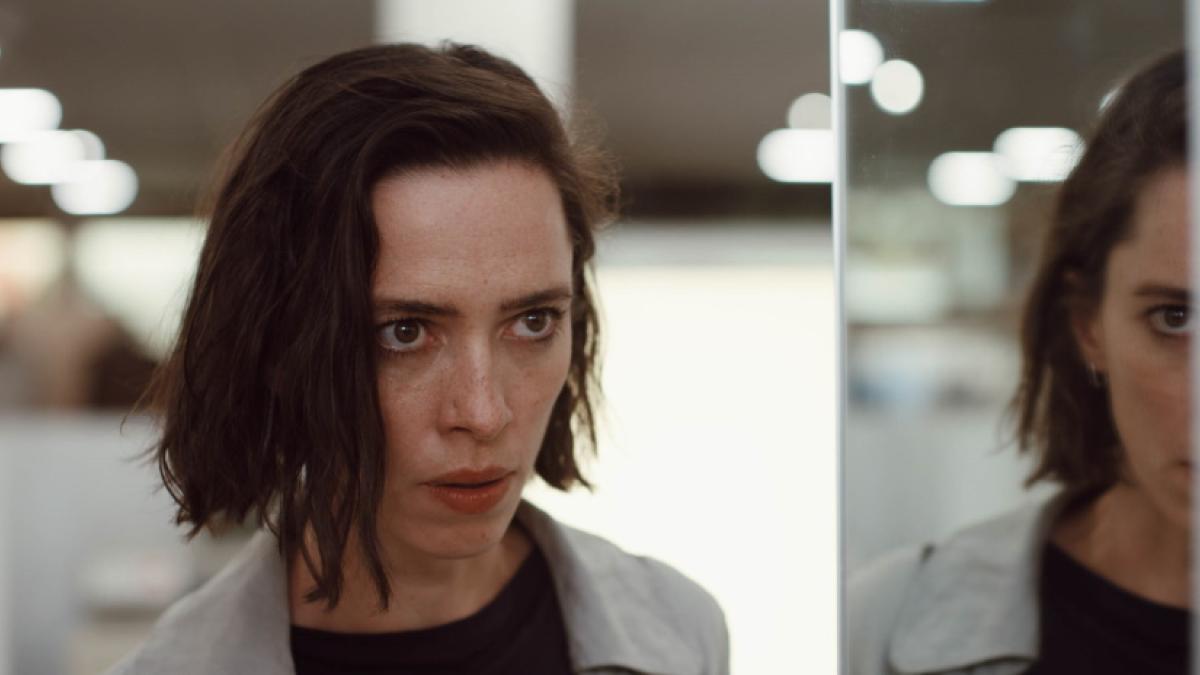