There is a distinctive Amblin vibe to Brett and Drew T. Pierce’s The Wretched, which pits a troubled teenage boy against the immortal, skin-stealing witch that dwells near his father’s lakeside home. The sibling writer-directors make as much time for the summertime travails of Ben (John-Paul Howard) – divorcing parents, local rich-kid bullies, the quirky girl next door – as for the child-devouring folk-horror nastiness that comes slithering out of the gloom. However, the prosaic coming-of-age elements are not especially compelling, and the overabundance of teen-movie clichés too often feels like trite shorthand rather than homage. The angsty adolescent subplots never quite click with the midnight-hour nastiness of a cannibalistic witch in the woods, and although the film’s doozy of a climactic twist is admittedly clever, its thematic significance is obscure. Simply put, The Wretched is a noticeably better film when it leans toward Hooper and Raimi rather than Spielberg, allowing its spooky, “wicker demon” production design and wild practical effects to do the heavy lifting.

The Wretched is now available to rent from major online platforms.

Brandon Christensen’s supernatural horror-thriller Z has a high-concept premise that, in the right hands, might have been the stuff of a pitch-black domestic nightmare. Parents Elizabeth (The Magicians’ Keegan Connor Tracy) and Kevin (Sean Rogerson) initially think nothing of it when their young son, Joshua (Jett Klyne), begins talking to an imaginary friend named Z. However, the boy soon turns defiant and violent, and after several inexplicable and frightening incidents, Elizabeth begins to suspect that Z might not be a mere figment. As he previously demonstrated in Still/Born (2017), Christensen is more than willing to let his story corkscrew off into unexpected, psychologically twisted places. However, Z’s plot swerves are too dependent on carefully concealed backstory, and the otherwise deliciously surreal third act accordingly feels somewhat unearned. Z’s more pressing problem is its lackluster horror fundamentals. Christensen relies too heavily on ooga-booga jump scares and other funhouse nonsense, and scenes that should be drenched in doom often feel merely predictable.

Z is now available to stream from Shudder.

Hulu’s Into the Dark anthology series has been a mediocre-at-best arena for indie horror auteurs, who often wind up chained to anonymous hack work rather than stretching themselves creatively. Director Emma Tammi delivered one of last year’s richest and most unexpectedly effective horror features with The Wind, but with Delivery she’s been reduced to realizing a generic captivity thriller that feels like a Lifetime movie of the week. During a prenatal yoga class, anxious and very pregnant Valerie (Natalie Paul) seemingly finds a new friend in the person of single mom-to-be Jenny (Tina Majorino). In truth, Jenny has demented designs for Valerie’s unborn child, and to that end she lures Valerie and her clueless husband, Tom (Michael Cassidy), to her isolated farmhouse. Delivery isn’t so much bad as completely undistinguished, with chintzy production design and a dishwater-drab screenplay by Dirk Blackman – responsible for such gems as Underworld: Rise of the Lycans – that has nothing to say about maternal fears, offering only the mechanics of plot.

Delivered is now available to stream from Hulu.

British director Abner Pastoll (Road Games) noticeably ups his game with A Good Woman Is Hard to Find, a gory crime thriller set in a dismal council housing development in Northern Ireland. A blood-spattered flash-forward prelude establishes that young widowed mother Sarah (Once Upon a Time’s Sarah Bolger, doing A-level work) will eventually reach a violent breaking point. Before that, however, she is obliged to endure a series of exhausting indignities as she and her two children teeter on the edge of homelessness. Things begin to spiral downward when a local drug dealer who has ripped off his competitors forces Sarah to become his unwilling accomplice. Pastoll and screenwriter Ronan Blaney employ a tone that is halfway between Ken Loach’s weary miserabilism and an urban exploitation flick, without the clunky didacticism that accompanies many “pushed too far” thrillers. At times, AGWIHTF almost veers into black comedy – especially when the body parts start flying – but Bolger’s trembling, hollowed-out performance gives the film a bleak, authentic weight.

A Good Woman Is Hard to Find is now available to rent or purchase from major online platforms.

Horror streaming service Shudder has rather inexplicably packaged Seth Ickerman’s trippy sci-fi horror fable Blood Machines as a three-episode series, but it’s a work that’s better experienced in a single sitting, preferably while in an, um, altered state of mind. Interstellar scavengers Vascan (Anders Heinrichsen) and Lago (Christian Erickson) force an AI-piloted starship to crash-land on a planet. There, a tribe of female techno-shamans perform a ritual on the disabled vessel, conjuring a glowing, naked woman (Joëlle Berckmans) from the hull of the ship. This entity then proceeds to lead the baffled scavengers on an acid-trip deep-space chase. None of it makes much sense, but Ickerman is infinitely less interested in narrative coherence than in the psychedelic visuals and throbbing techno score. The dialogue and acting are admittedly dreadful, but the real draws are Blood Machines’ distinctive look and sound: a grungy, fantastical techno-organic reality that’s equal parts Videodrome, Lifeforce, City of Lost Children, and Mandy.

Blood Machines is now available to stream from Shudder.

Awkwardly wedging itself into the questionable niche between the Saw franchise and Unfriended, Brad T. Gottfred’s found-footage thriller Confessional has a halfway-decent premise, but the film’s deeply flawed execution is almost immediately apparent. Seven university students are summoned to a hidden sound booth, where anonymous blackmail threats compel the subjects to reveal what they know about the recent deaths of two classmates. Gottrred and screenwriter Jennifer Wolfe seem to have intended Confessional to be a work of edgy psychological horror, as the students are coerced into revealing their secret shames and ugliest misdeeds. Unfortunately, the result is little more than a tedious, perplexing shambles of sub-sub-De Palma prurience. (Complete with homophobic stereotypes.) The characters are mostly ridiculous cartoons, and the performances colorless to terrible, but the confounding storytelling is the film’s most conspicuous flaw. As in many found-footage features, the framing narrative is inconsistently applied, and the filmmakers just confuse things further with red herrings, pointless subplots, feverish “dramatic” editing, and erratic flashbacks to earlier, different confessions.

Confessional is now available to stream from Shudder. 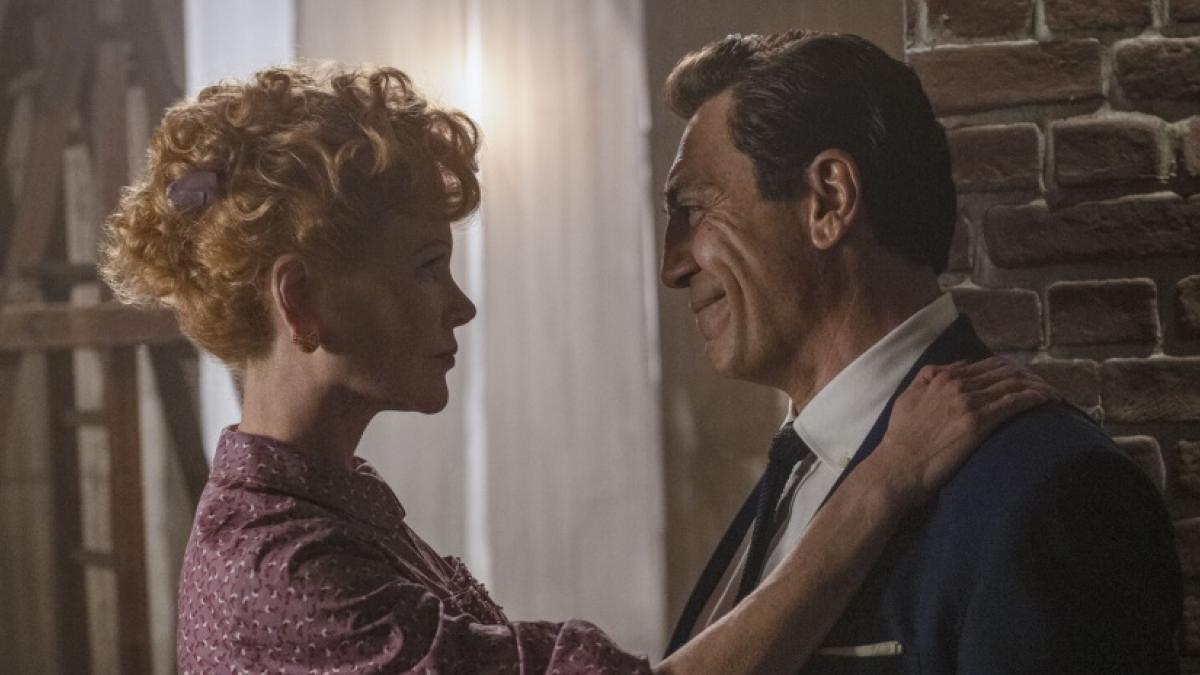