Writer-director Tony D’Aquino’s The Furies is a peculiar remix of horror tropes that often plays like a work of crossover fan fiction where all the franchise specifics have been redacted. Wildly plucking elements from The Most Dangerous Game (1932), the Saw series (2004 - 17), and The Cabin in the Woods (2011) – to say nothing of countless slashers – the feature drops a handful of kidnapped young women in the Australian outback and pits them against an equal number of masked maniacs as a part of some inscrutable competition. D’Aquino’s film possesses far more ambition than sense, but it also has a few things going for it: style, gore, and a credible and unconventional Final Girl, Kayla (Airlie Dodds). The director eagerly embraces the sleazy freneticism and over-the-top gruesomeness that often characterize Aussie survival-horror, but it’s Kayla’s unlikely resolve – and the added plot wrinkle of her epilepsy – that make The Furies feel like something more than a gleefully disgusting genre exercise. Rating: C+ [Now available to stream from Shudder.]

Squint and you can sort of discern the film that Gary Oldman and Emily Mortimer thought they were signing up for in Mary, director Michael Goi’s (Megan Is Missing) intolerably grave and tedious “haunted sailboat” feature. The conceit is goofy, but not without some gothic-adjacent potential. Had Goi or the overqualified leads emphasized the juicy preposterousness of this nautical ghost story hybridized with a demonic possession tale, perhaps it would have at least been charmingly kitschy. As it is, Mary is a doldrums-like slog through rote horror-movie plot beats and predictable jump scares, all of it rendered doubly frustrating by Anthony Jaswinski’s flat-out awful dialog. It’s almost embarrassing to watch stalwarts like Oldman and Mortimer try to scrape some genuine human emotion from such a dud of a script. Goi’s direction is journeyman-competent and he captures a certain salty, tattered Florida vibe well enough on the film’s limited budget, but he can’t salvage Mary from its bounty of glum clichés. Rating: D+ [Now available to rent or purcahse from major online platforms.]

Eccentric but also oddly bland and sluggish, Eli mashes up two horrors sub-genres – a mad science tale and a haunted house story – and then forces them to awkwardly mingle in a creepy old mansion. Young Eli (Charlie Shotwell) is afflicted by a mysterious auto-immune disease that makes every molecule of unfiltered air potentially lethal, and his parents (Kelly Reilly and Max Martini) have spent their last dime to bring him to the secretive, not-at-all-sinister Dr. Horn (Lili Taylor) for an experimental cure. For about 80 minutes, director Ciarán Foy (Sinister 2) drearily dances around the obvious: The frightening apparitions that Eli encounters in Horn’s hermetically-sealed laboratory are somehow connected to his increasingly brutal and bizarre treatment regimen. Then, in the final act, Foy and the film’s three writers build to a left-field twist that’s more contemptible than shocking, one so dependent on artlessly concealing information from both audience and characters that it feels like a future case study for cheap screenwriting rug-pulls. Rating: C- [Now available to stream from Netflix.]

The best thing that can be said about the dull, dumb, and disgraceful wannabe slasher Trick is that Patrick Lussier’s (My Bloody Valentine) direction isn’t outright incompetent. He evinces a gorehound’s obsession with gruesome kills – and a shrill, coked-up sound design that emphasizes every slice and squelch – but his work is hacky rather than inept, and he even gets to show off a little, stylistically speaking, playing with montage in a couple of passages. There’s virtually nothing else to recommend about Trick, an aggressively unpleasant and yet completely anonymous “Halloween killer” flick that feels like someone wrung all the satire out of the Scream franchise and replaced it with cheap edgelord viciousness. (An early sign of the film’s questionable choices: The killer’s first Halloween-night rampage seems to be triggered by gay panic.) By the time Night of the Living Dead (1968) makes an in-film appearance, it only serves to remind the viewer that they could be watching a horror classic instead of faux-provocative, dime-store dreck like Trick. Rating: D- [Now available to rent or purchase from major online platforms.]

Based on the reviews it’s been receiving elsewhere, Hulu’s standalone original film Wounds – the latest feature from writer-director Baba Anvari (Under the Shadow) – is likely to be this year’s most shamefully underrated horror flick. Adapting Nathan Ballingrud’s novella The Visible Filth, Anvari begins with a gimmicky premise: Burnout New Orleans bartender Will (Armie Hammer, bracingly relatable) discovers a lost smartphone that ushers him into a surreal, repulsive world of black magic. Within the relatively narrow confines of this setup, however, Wounds delivers an intimate, multi-layered story about an unmoored soul who first recoils from and is then devoured by an ineffable evil. The film’s nimble blend of body, tech, and occult horror is reminiscent of Books of Blood-era Clive Barker, with a touch of Salem’s Lot (1979) and The Ring (2002) thrown in for good measure. It’s horror as grimy and stomach-turning as dive-bar garbage stewing in the Louisiana summer heat, and it benefits from Anvari and Hammer’s commitment to the story’s dissolute, nightmarish tone. Rating: B- [Now available to stream from Hulu.] 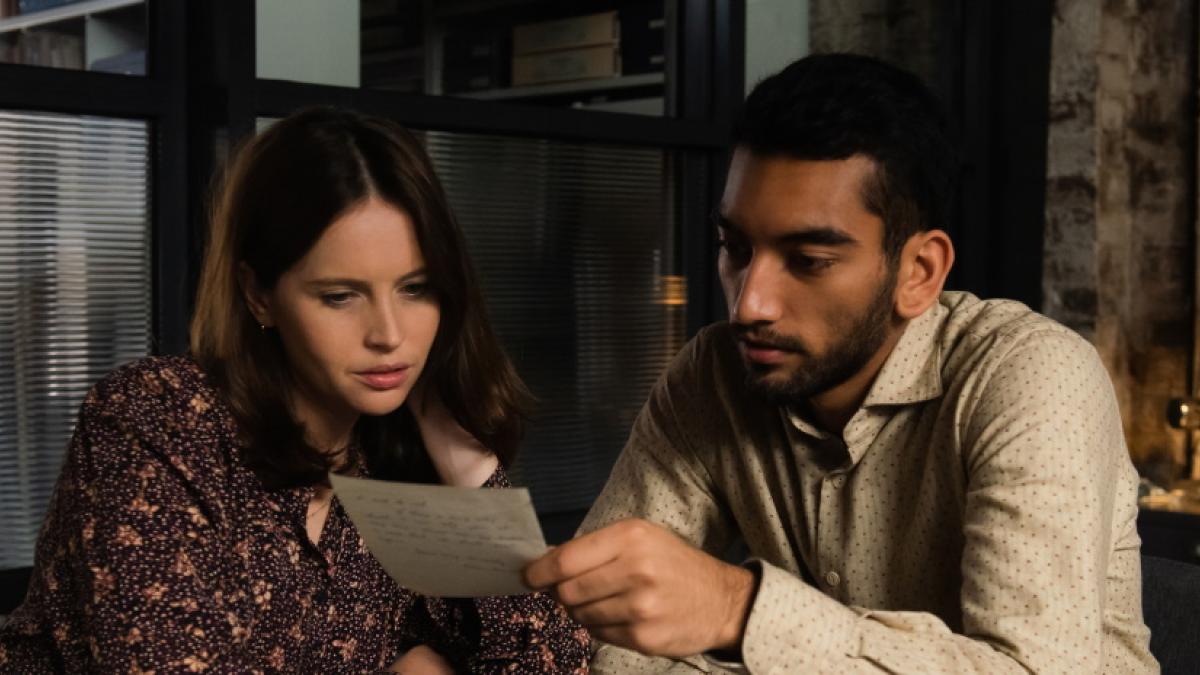 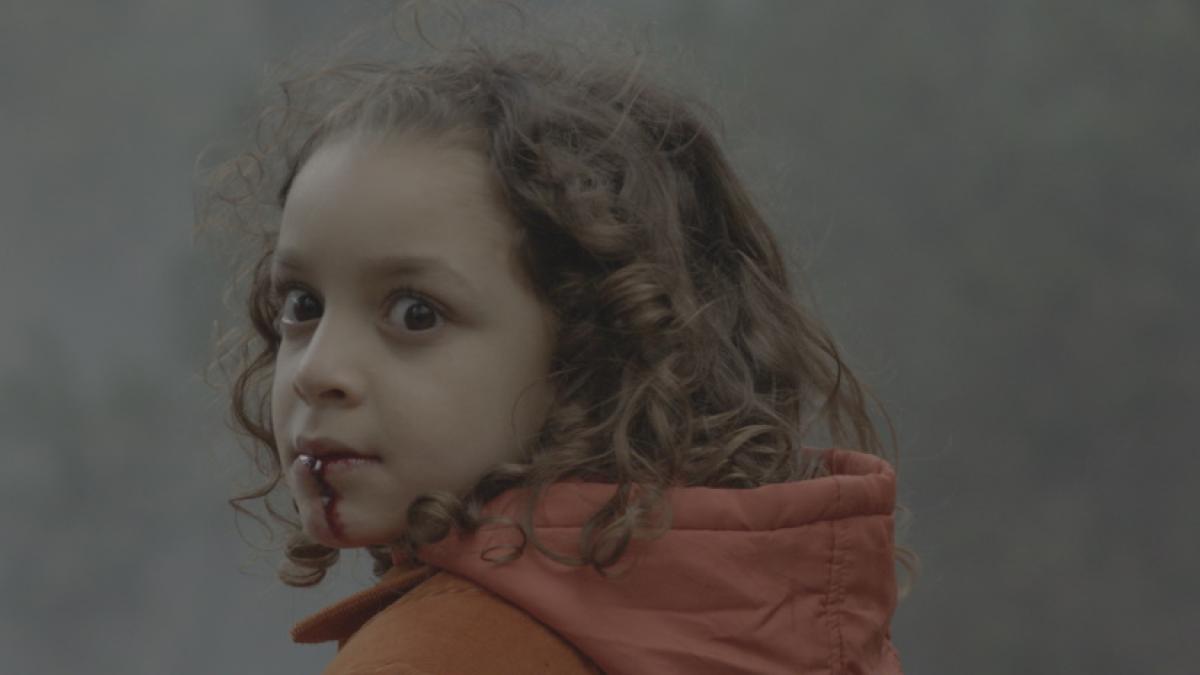 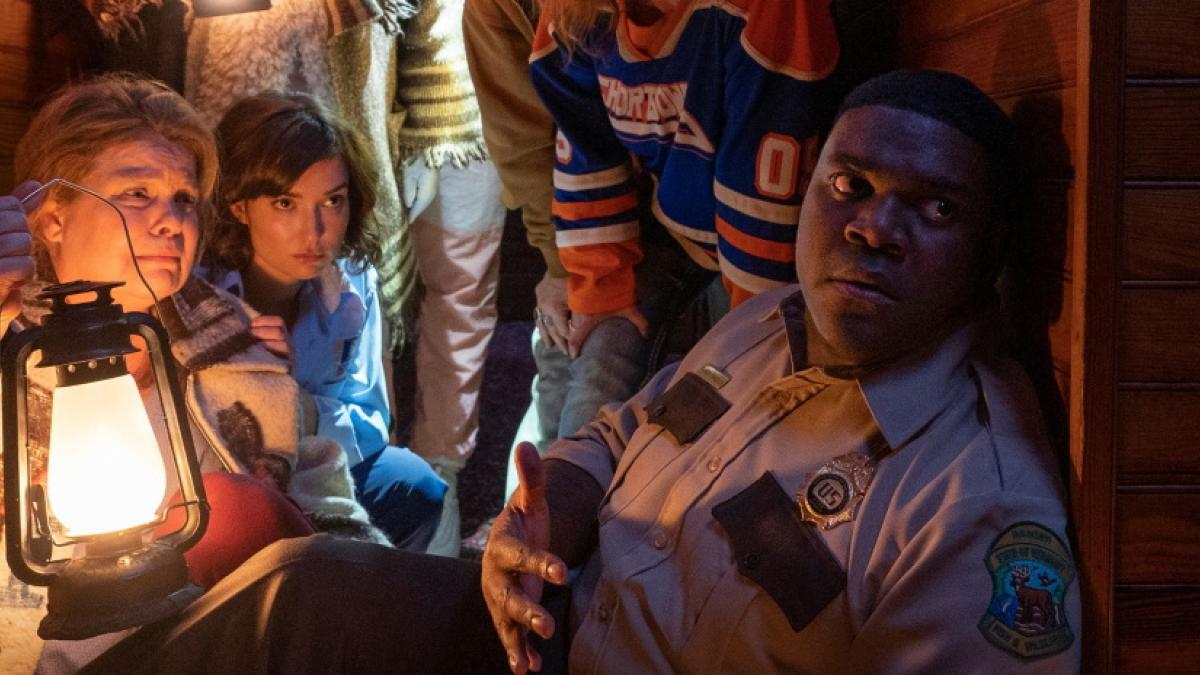