A lo-fi millennial riff on Ken Russell’s fireside acid trip Gothic (1986), Josh Ruben’s fitfully funny but consistently engaging debut feature, Scare Me, celebrates a well-told ghost story. Ruben plays a resentful aspiring writer, Fred, who becomes stranded in a snowbound Catskills cabin with Fanny (Aya Cash, reliably tart-tongued), a successful literary-horror wunderkind. When the power goes out, the pair starts swapping scary stories, establishing a complicated rivalry that eventually entangles the pizza-delivery guy (Chriss Redd). The gimmick is that there is no gimmick: Ruben turns the potentially dull raw material of two people telling stories into lively cinema, embellishing the very game performances with low-key visual effects and plenty of clever sound design. Scare Me falls apart a bit in the end, when it takes a turn into paint-by-numbers survival horror with an unpersuasive feminist angle. Overall, however, the feature represents an impressive feat, turning what could have been visually humdrum into something charmingly spooky.

Casting undead bloodsuckers as a biting metaphor for the forces of urban gentrification is a nifty conceit, but, unfortunately, Oz Rodriguez’s fun but slight horror-comedy Vampires vs. the Bronx doesn’t do much with the idea. Granted, the feature – the first from the longtime SNL director – has modest aims, reconfiguring a familiar Lost Boys formula for a vividly realized Afro-Latinx NYC context. (Hard-ass single moms and bodega cats abound.) The film’s world-building mostly leans on existing generic tropes, while the story never veers off anywhere especially interesting. Once teenager Miguel (Jaden Michael) and his friends discover that a nest of nosferatu is behind the real-estate developer that’s been gobbling up property in the neighborhood, the predictable plot beats come at a steady clip – as do the gags about the kale and oat milk that appear with whiter, wealthier residents. It’s a zany, gory diversion, but thematically speaking, Vampires v. the Bronx never offers anything more complicated than a broad, crowd-pleasing statement of borough solidarity.

Now available to stream from Netflix.

Writer-director Damien LeVeck’s exorcism flick The Cleansing Hour has one thing going for it: Alix Angelis, who serves up a deliciously hammy-yet-menacing performance as possessed victim Lane. Her boyfriend, Drew (Kyle Gallner,) directs the titular show, a reality series in which self-involved huckster Father Max (Ryan Guzman) battles infernal entities and hawks “Vatican-approved” merch. The staged drama becomes all too real when Lane fills in for a missing actor, only to be inhabited by a gleefully perverse demon with a vendetta against the phony padre. LeVeck tries to freshen up the exorcism formula by explicitly tying the plot to social media and viral fame, but this just results in a story that feels instantly dated. Yet The Cleansing Hour is also tediously beholden to generic tropes, complete with an ending that mimics Rings (2017). It’s only Angelis’ scenery chewing and Tara Karsian’s demonic voice that make the feature at all memorable. They’re no Linda Blair and Mercedes McCambridge, but they get the job done.

Slippery indie stalwart Jim Cummings (Thunder Road) delivers another tonally fractured outing with his first foray into feature-length horror, The Wolf of Snow Hollow. Ostensibly the story of a quirky Utah mountain town plagued by a series of (seemingly) lycanthropic murders, Cummings’ latest unavoidably bends before the writer-director’s pointedly oddball performance as sheriff’s deputy John Marshall. Written as an exhausting hothead and deliberately played in a heightened, shouty register by Cummings, John bounces strangely off the deadpan earnestness of the film’s other players (including Robert Forster in his final role). It’s difficult to sympathize with John’s struggles when he comes off as such an obnoxious asshat. Whether the viewer objects to Cummings’ peculiar portrayal or the feature’s other eccentric choices may be a matter of personal taste, although there’s no denying that it offers a novel blend of action, comedy, horror, and mystery. Regardless, Snow Hollow is solid enough as a werewolf quasi-slasher, featuring impressive low-budget practical effects and some tense, gruesome thriller sequences.

If one didn’t know that Elan and Rajeev Dassani’s Evil Eye was a horror feature, it could easily pass for a family melodrama, albeit one with an unusual intercontinental spin. Happily single at 30, the Indian-American Pallavi (Sunit Mani) is taken aback when she suddenly falls for the dashing, wealthy Sandeep (Omar Maskati). She assumes that this match will please her superstitious mother (Sarita Choudhury) back in Delhi, but Mom becomes convinced that her daughter’s new beau is the reincarnated spirit of a violent, vengeful former lover. Notwithstanding the film’s trite plotting and chintzy production design, the Dessanis give Evil Eye a welcome measure of visual snap – no mean feat in a feature that involves an overabundance of smartphone conversations. Meanwhile, Choudhury lends the proceedings far more gravitas than they deserve. Unfortunately, Evil Eye plays its cards too close to the chest, resulting in a story that abruptly and unsatisfyingly mutates into an occult-tinged psychological thriller in its third act.

Although the competition isn’t all that stiff, writer-director Zu Quirke’s debut feature Nocturne is far and away the best film to emerge from Blumhouse Productions’ new collaboration with Amazon. A moody work of psychological and supernatural horror that plays a bit like a lost Clive Barker yarn, Nocturne freely borrows from the likes of Amadeus (1984), Black Swan (2010), and Whiplash (2014) – albeit with chilly confidence. For all her life, high-school pianist Juliet (Sydney Sweeney) has been relegated to the shadow of her more talented fraternal twin, Vivian (Madison Iseman). Accordingly, when a sinister grimoire falls into her possession, Juliet can’t resist the temptation to use its black magic to obtain her heart’s desire. Nocturne never does anything all that unexpected, but Sweeney is remarkably convincing as a meek little mouse whose pent-up hunger threatens to consume her and everyone around her. Quirke’s storytelling, meanwhile, is more concerned with eerie visuals than lucid world-building, which contributes to a ripe sensibility of ecstasy and damnation.

Like most horror anthology films, writer-director Ryan Spindell’s ambiguously retro The Mortuary Collection is an uneven affair. The clear standout segment is a nasty, Tales from the Crypt-style fable about a desperate man (Barak Hardley) whose efforts to rid himself of his comatose wife (Braid’s Sarah Hay) result in a blackly comic nightmare. The other tales range from fun but trifling (a short involving a Lovecraftian monster in a medicine cabinet) to outright unpleasant (a gross, obnoxious parable about safe sex and male entitlement). The film’s meaty frame story has potential, given that it features the estimable Clancy Brown as a glowering, self-aware mortician, not to mention some gnarly, old-school practical effects. (There’s a bit involving a pack of charred, skeletal children that’s pure Sam Raimi.) However, Spindell’s habit of drastically overselling the film’s pedestrian twists drags The Mortuary Collection down in its final stretch, and the creepy, over-cranked gothic art direction does little to offset the cheesy, often cringy dialogue.

Jarand Herdal’s bizarre, horror-flavored parable Cadaver has a beguilingly baroque premise. In a Norway devastated by nuclear war, a mysterious, luxurious hotel lures in hungry, unsuspecting patrons with the promise of a meal and a show. Guests are presented with golden masks that distinguish them from the performers, who enact strange, often disturbing scenes in the myriad rooms, hallways, and secret passages. Naturally, protagonist Leo (Gitte Witt) begins to suspect that something sinister is afoot, but the labyrinthine hotel – and her possibly eroding sanity – stymie her efforts to escape with her husband and young daughter. Although the post-apocalyptic setting lends Cadaver a bit of a surreal Delicatessen (1991) vibe, it doesn’t add much of anything else to the film’s already-convoluted scenario. Admittedly, the feature boasts some vivid imagery, as well as one or two effective thriller set pieces. However, if there is a biting allegory hidden somewhere in Herdal’s film, it is hopelessly buried under obvious plot twists and a lot of pointless to-and-fro wandering.

Now available to stream from Netflix.

There’s an undeniable camp-horror appeal to Bad Hair, in which writer-director Justin Simien (Dear White People) reconfigures the premise of an old Amazing Stories episode (“Hell Toupee”) for Black women and their complex, culturally and politically fraught relationship with their hair. In 1989 Los Angeles, Anna (Elle Lorraine) opts for a luxurious newfangled weave over her natural look, partly to smooth her career path at an MTV-like cable channel. She gets more than she bargained for when her shiny new tresses start craving human blood – and mind-controlling her to obtain it. Simien gets points for style, giving the film’s images an authentic retro look and drenching the soundtrack with Kris Bowers’ Neon Demon-esque synth score. However, although Bad Hair works as a delivery device for well-worn but effective Creepshow kookiness, its politics are muddled and faintly mean-spirited. The film presents a crude binary in which anything other than “natural” hair is inherently evil, and the story ultimately feels bizarrely ungenerous and judgmental toward Black women.

Now available to stream from Hulu. 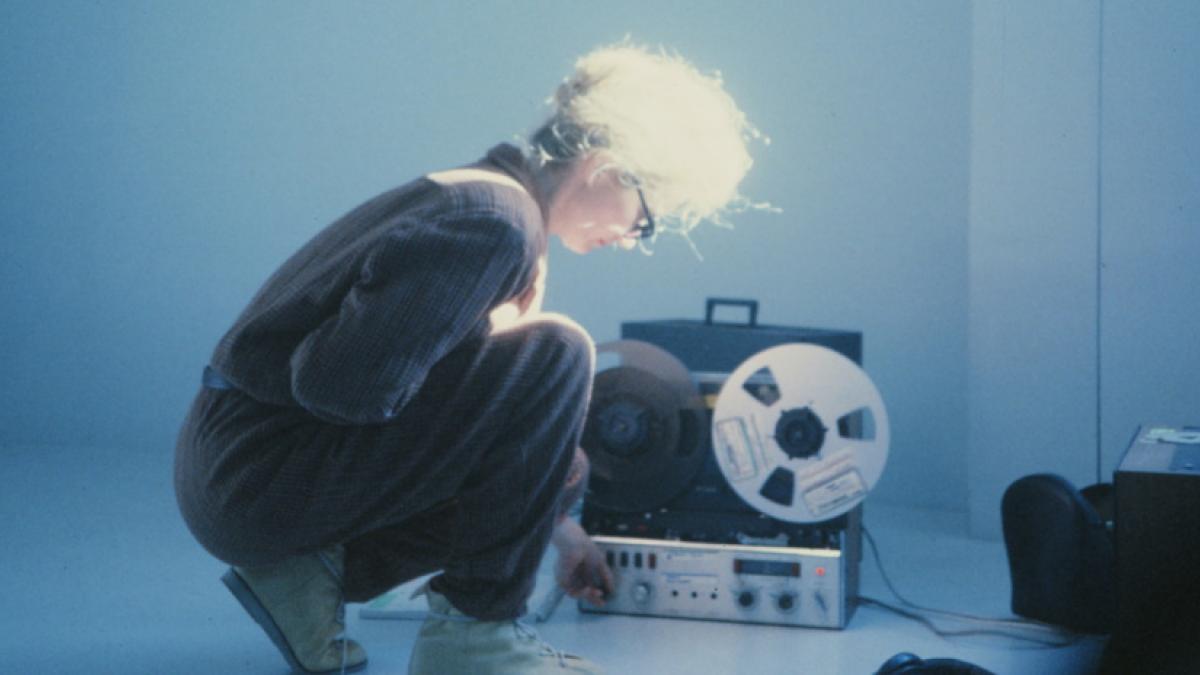 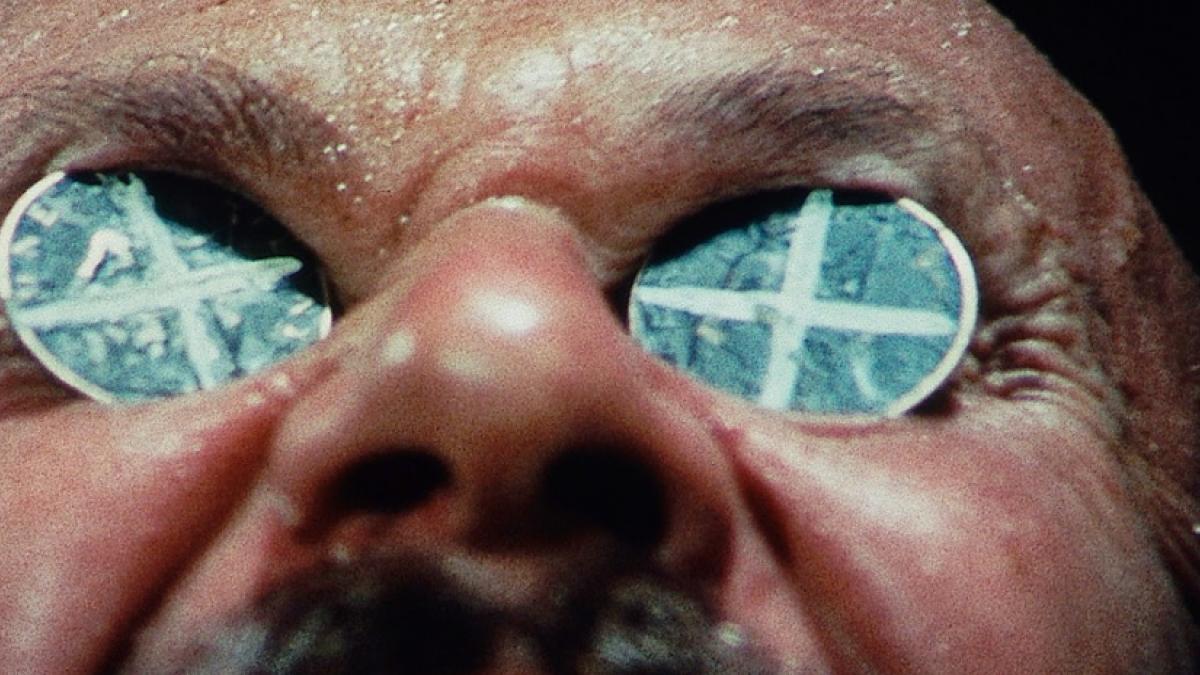